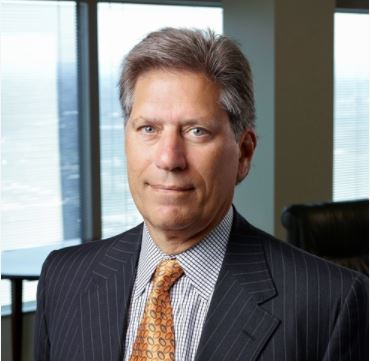 William Hawal has been consistently recognized as being among The Best Lawyers in America® in the Medical Malpractice Law and Personal Injury practice areas. This listing has been called the most respected peer-review publication in the legal profession. For more than 25 years, it has assisted lawyers and clients looking for legal counsel in unfamiliar specialties and in foreign jurisdictions. Best Lawyers named Bill its 2015 Lawyer of the Year for medical malpractice for the northeast Ohio area, and Ohio Lawyer of the Year for 2020. Bill was also named to Best Lawyers® 2021 for medical malpractice and personal injury.

In 2013, Bill was inducted as a Fellow of the American College of Trial Lawyers, whose membership is restricted to the top one percent of trial lawyers from each state, as unanimously recognized by their peers. William Hawal also has been selected by The American Trial Lawyers Association (a professional, educational, and business organization of trial attorneys) as one of the Top 100 Trial Lawyers in Ohio. Selection for this association is extended to civil plaintiff attorneys by special invitation. Candidates are considered for membership based on superior qualifications, leadership, reputation, influence, stature, and profile in the Trial Lawyer community.

Super Lawyers® magazine has recognized William Hawal to be among the top attorneys in Ohio specializing in the Personal Injury and Medical Malpractice practice areas. Bill has been invited to be a founding member of The Summit Counsel, a group of today’s top civil justice lawyers in the United States and has been granted a Fellowship in the International Society of Barristers. Bill is also the Ohio attorney representative to the National Center for State Courts.

Bill is involved in litigating a wide variety of complex matters involving medical misdiagnoses, medical procedures, defective medical devices and drugs, civil rights, legal malpractice, and injuries due to defective industrial and consumer products. Because of his extensive knowledge on product liability litigation, he has successfully tried and settled cases involving defective helicopter components, automobiles, farm equipment, industrial machines, and other products. In addition, he has also had a central role in the Gadolinium-Based Contrast Litigation, the Federal Multidistrict Litigation responsible for conducting much of the discovery for the more than 600 cases brought against GE Healthcare Inc. Most recently, Bill is involved in litigating the lawsuits against the Opioid distributions in the consolidated MDL before Judge Rolsta. Lastly, Bill has extensive experience in handling birth injury cases, emphasizing mainly on babies born with cerebral palsy due to oxygen deprivation around the time of delivery. Overall, Bill has successfully tried and settled numerous cases on behalf of families with severely disabled children.

Bill has been invited to lecture on various topics related to personal injury trial practice. He is particularly proud of the lasting relationships which he has developed with many of his clients.

Lawyers Committee of the National Center for State Courts

$5,600,000 medical malpractice verdict obtained on behalf of a client who was paralyzed from a misdiagnosed spinal abscess caused by MRSA.

$8,500,000 medical malpractice settlement for a delay in evaluating a spinal hematoma resulting in quadriplegia.

Bill has been active in many legal organizations, including his service as president of the Cleveland Academy of Trial Attorneys and his previous position as president of the Ohio Chapter of the American Board of Trial Advocates (ABOTA) in 2012. ABOTA is a national organization of accomplished plaintiff and defense trial lawyers who are committed to preserving the right to trial by jury.

Bill has also been active in mentoring law students and teaching trial advocacy to students in the trial advocacy programs at Cleveland-Marshall College of Law. He is a frequent lecturer on various topics related to trial practice.