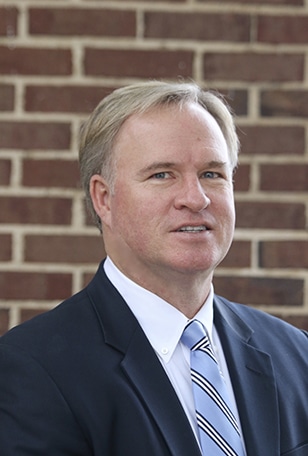 South Carolina injury lawyer Jones Andrews is a valued member of the legal team at McGowan, Hood & Felder, LLC. Contact him today for a consultation if you have suffered because of another’s negligence. Call 803-327-7800 and schedule a free case evaluation.

Jones has a strong commitment to helping those injured by the negligence of others. Jones’s 23-year legal career has included working for federal courts and running his own practice before arriving at McGowan, Hood & Felder, LLC to help those injured by medical malpractice, nursing home abuse and other negligent actions.

Multi-Million Dollar Advocates Forum (lifetime member): Membership in this forum is limited to attorneys who have won multi-million-dollar verdicts and settlements. Fewer than 1% of U.S. lawyers are members of this prestigious group.

South Carolina injury lawyer Jones Andrews was born and raised in Columbia, South Carolina. He graduated from Richland Northeast High School and received his Bachelor of Arts degree in Finance from the University of South Carolina where he was a three-year letterman playing football for the Gamecocks.

Jones is a former law clerk for the Honorable Don S. Rushing, Circuit Court Judge for the Sixth Judicial Circuit. He then became an Assistant Solicitor for the Honorable Donald Myers, Solicitor for the Eleventh Judicial Circuit. He worked as an associate for Richardson Plowden Grier & Howser and then for Bowers Orr & Dougall. From 2000 until 2005, William was a sole practitioner at the Law Offices of Jones Andrews before joining the legal team of McGowan, Hood & Felder, LLC.

In his spare time, Jones enjoys coaching youth sports and being outdoors.

Jones is the proud parent of twins: a boy, Will, and a girl, Addie