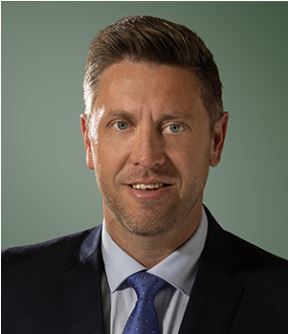 Tim was a founding partner when the firm opened in 2003. He is currently president of the firm.

Tim O’Keeffe focuses on the best result possible for his clients. In matters of serious injury, total vindication is a hard thing to attain. But Tim’s years of experience and success as a legal advocate have earned him a sterling reputation. He’s known as a determined, passionate attorney who dedicates his attention to his clients.

Tim O’Keeffe grew up in Mandan, North Dakota. He graduated from Jamestown College in 1995 with a Bachelor’s Degree in History and Political Science. Tim went on to earn his law degree from the Hamline University School of Law in 1998. Upon graduating, Tim moved to Fargo where he served as the Fargo city prosecutor and was a partner at another Fargo law firm.

Tim is an advocate for justice for his clients but he is also very involved in professional organizations that help advocate for change on the state and national levels as well.

President of the North Dakota Association of Justice 2013-2014. He continues to serve on the Executive Committee of the Board of Governors

Tim is active in his community having served on various committees civic, recreational, and charitable organizations.

Served as an officer in the El Zagal Shrine

Represented individuals injured from the use of prescription drugs such as Fen-Phen, Baycol and Vioxx

Obtained settlements for victims of dangerous and defective medical devices

(Past results do not guarantee future performance. Each case is different)

Admitted to Practice in