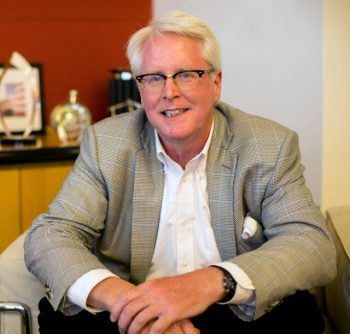 Tom founded the firm over a quarter of a century ago, when he left a promising career at a large Philadelphia firm to establish his own practice, a practice that has developed into a very experienced and respected group of partners and staff with one singular focus?helping individuals and families who are the victims of catastrophic injury.

Tom has received countless distinctions, awards and titles as testimony to his work and influence in the legal community, and most notably and recently:

A respected attorney in his field who has successfully argued before the Pennsylvania Supreme Court, Tom authored the closing chapter of the 2003 book "Medical-Legal Aspects of Pain and Suffering," and is a lecturer who has given many educational presentations on trial practice.

In 2016, he was selected to deliver the prestigious "Kolsby Lecture" to students and faculty of Temple University's James E. Beasley School of Law. He has been called to appear before the Commonwealth of Pennsylvania House Insurance Subcommittee to discuss legislation involving medical malpractice claims in Pennsylvania, and also addressed the Medical Legal Committee of the Philadelphia Bar Association on how to maintain credibility and control in court. He also served with distinction as President of the Philadelphia Trial Lawyers Association and was named in 2015 to the Commonwealth of Pennsylvania Judicial Selection Commission.

Tom dedicates thousands of hours to a number of charitable causes, including Magee Rehabilitation Hospital Foundation (he is a member of the Board of Trustees and was honored with the Magee "Champion in the Community" award in 2009), the Irish American Cultural Institute of Philadelphia, HelpHOPELive (formerly NTAF, who named him a "Community Hero" in 2010) and the Homeless Advocacy Project.

In 2012, Tom established the prestigious "Duffy Fellowship," which provides funds to underwrite a staff attorney at several legal service organizations in Philadelphia, including the Legal Clinic for the Disabled, Community Legal Services, and the Homeless Advocacy Project. In 2012, the Legal Clinic for the Disabled recognized his contributions through the fellowship by giving Tom its esteemed "Special Recognition Award." In 2014 the Hispanic Bar Association of Pennsylvania also recognized the work of the Duffy Fellow in the Philadelphia Latino community by honoring Tom with its prestigious "La Justicia" award. In 2015 Community Legal Services (CLS) also celebrated his renowned philanthropy with its prestigious "Champion of Justice" award.

Outside of the office, Tom is a licensed and skilled commercial pilot (multi-engine, land, sea, instrument, Corsair, B-25, P47, Spitfire and TBM type certificates) who participates annually in air shows all over the country, such as the Atlantic City Airshow, the Mid Atlantic Air Museum's World War II Weekend, the Millville Air Museum's Annual Fly-In, the Doolittle Raiders reunion and many other aviation celebrations. In 2009, he took part in a special ceremony to open the Indianapolis 500, soaring over the speedway in his vintage B-25 Mitchell Bomber "Take Off Time" during the singing of the "Star Spangled Banner" as the crowd of spectators roared.