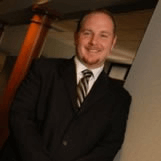 Mr. Gillette spent more than 9 years with a defense firm focusing on medical malpractice and catastrophic injuries, including over two years as a partner with that firm. He has extensive experience in cases involving medical malpractice, products liability, wrongful death and premises liability. He takes his experience having worked on both sides of civil litigation to fight for his current clients.

Mr. Gillette has lectured at several continuing legal education programs on many topics within civil litigation. He has also lectured to physicians, nurses, and medical students on the topics of medical malpractice and disciplinary proceedings, including giving a presentation at the 43rd Annual Regional Perinatal Symposium. Mr. Gillette has been named to Super Lawyer's Rising Star list for the past five years consecutively.

Mr. Gillette was also selected to the National Trial Lawyers 40 Under 40 Civil Lawyers for the State of New York.