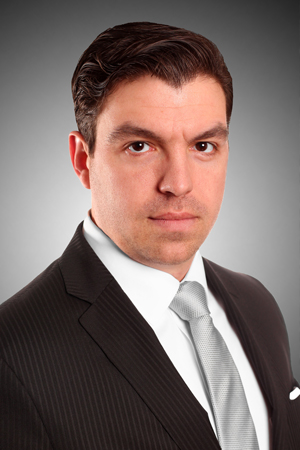 Mr. Englert is an experienced trial lawyer who has obtained impressive results in the toughest of cases. He primarily represents clients who have been catastrophically injured as a result of medical malpractice, work injuries, automobile/trucking collisions, or defective products. Mr. Englert has served as plaintiff’s counsel in hundreds of cases, many of which have resulted in huge, sometimes record-breaking, outcomes.

Mr. Englert’s skills extend beyond the courtroom and into the classrooms at the University of Pennsylvania Law School, where he is an Adjunct Professor of Law and supervises the Penn Law Mock Trial Team. Mr. Englert’s teams have won the National Championship in the ABA Section of Labor & Employment’s Trial Advocacy Competition as well as Regional Championships in the American Association For Justice’s Student Trial Advocacy Competition. Penn Law has honored his work with the team by naming its intramural mock trial competition the Robert F. Englert Mock Trial Championship.

Mr. Englert does not shy away from difficult cases that other attorneys may reject because a case is difficult or settlement is unlikely. “When I take on a plaintiff’s case, I have every intention of ensuring they receive their day in Court in front of a jury and prepare every case in anticipation of going to trial. Unless the other side is willing to resolve the case fairly in favor of my client, we’ll see them in Court.”

Mr. Englert has served as lead counsel or co-counsel in a number of cases that have resulted in huge, sometimes record-breaking, outcomes. Mr. Englert was plaintiff’s counsel in a birth injury case in Erie, Pennsylvania that resulted in a record-setting $21.6 million verdict.

Mr. Englert was also plaintiff’s counsel in a $5.12 million settlement for the family of a 16-year-old boy who drowned after he was taken by a school supervisor on an unauthorized off-campus school swimming outing.

Mr. Englert has previously worked for the Pennsylvania Attorney General’s Bureau of Organized Crime & Narcotics as well as for the United States Attorney’s Office in Camden, New Jersey.

$35 Million recovery for the residents of a commercial center that burned to the ground.

$21.6 Million verdict for a child in a birth injury case in Erie Co. Pennsylvania.

$6.5 Million verdict for a brick mason in a construction injury case.

$1 Million recovery for an ironworker for a knee injury in a construction fall case.