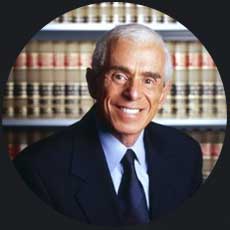 Honored as one of The Best Lawyers in America by the oldest and most respected peer-review publication in the legal profession, Gerald Thurswell is a highly regarded expert in medical malpractice, birth injury, auto accident litigation, and police misconduct. Mr. Thurswell has obtained numerous multi-million dollar jury verdicts and settlements for injured people in courts throughout Michigan and other states. He is a past president of the Association of Trial Lawyers of America – Metropolitan Detroit as well as a member of the Birth Trauma Litigation Group of the American Association of Justice. He is AV-rated by Martindale-Hubbell, a designation showing that he has reached the highest degree in legal ability and ethics.

The founder of Thurswell Law, Mr. Thurswell is recognized as a Super Lawyer by Law & Politics magazine, a listing of the top 5 percent of attorneys in Michigan. He received a Bachelor of Science degree from Wayne State University, where he was on the Dean’s List as an undergraduate. He received his Juris Doctorate, cum laude, from Wayne State University Law School, at age 23. He is admitted to the State Bar of Michigan, the U.S. District Court for the Eastern District of Michigan, the U.S. District Court for the Western District of Michigan, the U.S. Court of Appeals for the Sixth Circuit, and the U.S. Supreme Court. In addition to Michigan, Mr. Thurswell is also licensed to practice law in the District of Columbia, Illinois, New York, and Colorado.

Mr. Thurswell is recognized in Who’s Who in the World, Who’s Who in American Law and Who’s Who in the Midwest. He is recognized by the Million Dollar Advocates Forum, an organization limited to the most prestigious groups of trial lawyers in the United States that have achieved several multi-million dollar verdicts and settlements. He is an investigator and arbitrator for the State Bar of Michigan and has been the Hearing Panel Chairman for the Attorney Discipline Board. Mr. Thurswell is a member of the Brain Injury Association of Michigan. He has also been featured in Michigan Lawyers Weekly and the Detroit Legal News.