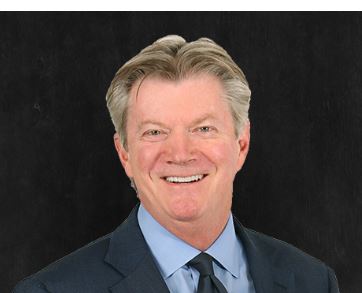 Scott Eldredge is a named shareholder and has been practicing continuously with the firm since his admission to the Colorado Bar in 1982. Mr. Eldredge’s practice focuses primarily on complex medical malpractice cases with a particular emphasis on birth injury cases. Mr. Eldredge is a long time member of the Executive Committee and Board of Directors for the Colorado Trial Lawyers Association. He is also a long time member in the American Board of Trial Advocates (ABOTA), a national organization comprised of both Plaintiff and Defense attorneys who are dedicated to the preservation of trial by jury. He is the current president of the National Medical Malpractice Trial Lawyers Association.

Mr. Eldredge is in active trial practice, appearing regularly in both state and federal courts throughout the country.

Mr. Eldredge is a frequent lecturer on a variety of topics and regularly presents seminars in Colorado as well as across the country. He has made presentations to the American Association of Justice, The National Trial Lawyers Association, as well as the Colorado Trial Lawyers Association and the Colorado Bar Association. He maintains an active role with the educational community in the Denver metropolitan area and has been an adjunct professor of law at The University of Denver Sturm College of Law since the late 1980s.

Mr. Eldredge has been selected multiple times for numerous honors and accolades. In 2016 he was given the Professionalism Award by the Colorado Defense Lawyers Association. This award, given annually, is meant to acknowledge both highly professional conduct and exemplary advocacy skills. The Colorado Defense Lawyers Association awards this annual honor to a Plaintiff’s attorney. He has been named a Senior Life Fellow by the American Board of Trial Advocates. He has been consistently recognized by Colorado Super Lawyers and has been named numerous times as a “Top 100” Attorney, most recently in 2020. Mr. Eldredge was elected by members of the national legal community as one of the Best Lawyers in America for medical malpractice and was Best Lawyers “Lawyer of the Year” in 2016, 2018, and 2020 in the area of professional malpractice law. He has also met the standard of excellence for selection as one of the National Trial Lawyers Top 100 Lawyers in Colorado each year since its inception.

J.D., 1983, The University of Denver Sturm College of Law