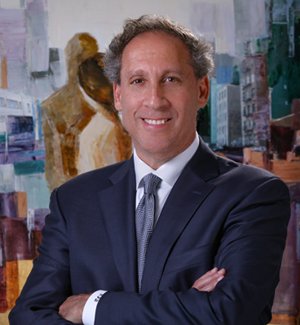 Serving Stamford, Danbury, Bridgeport, Shelton and all of Connecticut

In addition, Russ currently represents hundreds of retired NFL players from all over the country in the highly publicized Brain Concussion Lawsuit which was brought by over 12,000 former players against the NFL in Federal Court in Philadelphia stemming from severe brain injuries they sustained while playing in the NFL and has already recovered close to $20 million in monetary awards for over 20 former players. Russ also represents clients from all over the country who have sustained catastrophic injuries stemming from vaccination allergic reactions and is currently investigating claims against the Boys Scouts of America on behalf of victims of sexual abuse.

Russ is a member of the Connecticut Trial Lawyers Association where he serves on its Board of Governors and Medical Malpractice Committee. Over the years, he has lectured at numerous seminars on a wide range of medical malpractice topics and mediation/arbitration in medical malpractice cases to members of the CTLA. He is a member of the American Bar Association, Connecticut Bar Association, Fairfield County Regional Bar Association, Roscoe Pound Foundation, American Trial Counsel, and Million Dollar Advocates Forum. He is the founder and Trustee of Berkowitz and Hanna Charitable Fund which partners with many non-profit organizations who support adults and children with physical and mental disabilities and women and children at risk. He is also the founder of Across the Globe Children’s Foundation which financially supports underprivileged children in Connecticut and builds homes, schools, libraries and clean water and sanitation systems in impoverished villages throughout Honduras, Guatemala, Haiti, El Salvador, Mexico, Bolivia, Ghana, and Laos. If you wish to meet with Russ, contact a committed Connecticut medical malpractice lawyer today.