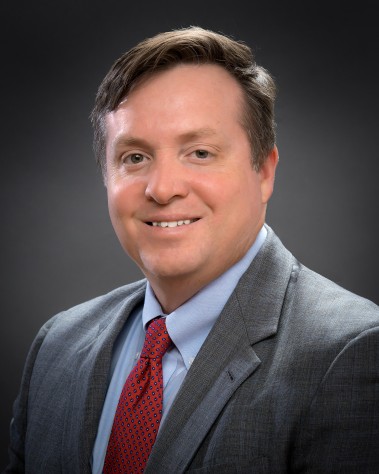 Richard Schlueter is a founding partner and managing member of Childers Schlueter & Smith LLC. He was raised in Stone Mountain, Georgia where he grew up with his parents and four siblings. He graduated from Emory College in 1990 and obtained his law degree from Georgia State College of Law in 1993. He is admitted to the practice of law in Georgia and Pennsylvania.

Richard Schlueter has spent his career representing individuals and families who have been harmed as a result of wrongful conduct by others.

He regularly practices in both State and Federal Courts in in the area of product liability, medical device, and personal injury claims against corporate and individual defendants inside and outside of the United States. He also devotes a considerable amount of his practice to mediation and alternate dispute resolution.

Richard has testified before Congress in a four party panel to bring greater accountability to foreign manufacturers for harm caused to U. S. consumers in the proposed bill “Protecting Americans From Unsafe Foreign Products Act” concerning his experience in litigation and collection in China.

Over the last 25 years, Richard has represented thousands of individuals nationwide who have been the victims of pharmaceutical drugs and over the counter products including Fen Phen, Yaz, Ortho Evra, Bextra, VIoxx, PPA, Dilantin, Pradaxa, Xarelto, Dilantin, acetaminophen, Round Up, talc, and many more. He has also represented thousands who have been injured by defective orthopedic products of the knee and hip , including products manufactured and distributed by DePuy Orthopedics, Wright Medical Group , Zimmer Biomet and Stryker Corporation.

During his career he has tried to verdict in excess of 30 matters in in both State and Federal court including: wrongful death, automobile claims, fiduciary claims, premises liability claims, insurance coverage disputes, medical malpractice and Workers Compensation matters. He has served on multiple litigation teams and committees in mass tort litigation including document review, e- discovery, privilege log, science, bellwether trial selection, subrogation and settlement. He has mediated thousands of individual and mass tort claims in both open and confidential agreed resolutions that exceed $500 million in claims.

Richard Schlueter has consistently devoted a portion of his time to assist the indigent and in other pro bono matters to provide representation to individuals who otherwise could not afford legal services. He has participated in various volunteer programs including the Truancy Intervention Project and has received awards from the State Bar of Georgia for “Outstanding Public Service in Providing Legal Representation to the Low Income Citizens of Georgia.”

Richard Schlueter lives with his wife Michelle and dog Irish in Brookhaven and has three adult children Austin, Julia and Michael.

Oxford College of Emory University Associate of Arts, May 1988

Member in good standing of the State Bar of Georgia

Member in good standing of the State Bar of Pennsylvania

Member of the American Association for Justice (formerly ATLA)

Member of The American Society of Legal Advocates

Member of the Trial Lawyers Section of the DeKalb Bar Association

Appointed to the National Leadership on the Stryker Hip Implant Litigation

Top 100 Lawyer in Georgia, The American Society of Legal Advocates