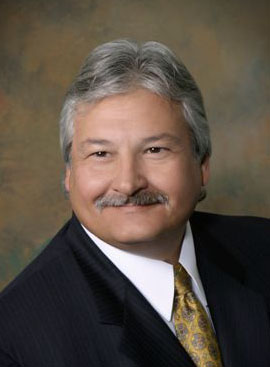 Richard J. Roselli was born in Chicago, Illinois, and moved with his family to Hollywood, Florida in 1960. He graduated from Tulane University and obtained his law degree from Tulane School of Law in 1980. Richard practiced with the law firm of Krupnick, Campbell, Malone, Roselli, et al. for over 20 years until 2002 when he left the firm to create a smaller more personalized practice. He has since formed the law firm of Roselli & McNelis, P.A. in Boca Raton, Florida, where he continues to dedicate his practice to the Representation of the Injured and Their Families. Richard is a member of the College of Diplomates of the Academy of Florida Trial Lawyers where he served on the Board of Directors and the Executive Committee for over ten years. In 1996, he was elected President of the Florida Justice Association, formerly known as the Academy of Florida Trial Lawyers. He has also served on the Executive Committee of the Federal Bar Association- Broward Chapter, the Board of Governors of the Broward County Trial Lawyers Association and the President’s Council of the Association of Trial Lawyers of America. He is a Founding Fellow of the Southern Trial Lawyers Association, a founding member of the Trial Lawyers for Public Justice Foundation, and an Advocate member of the American Board of Trial Advocates. He is also a member of the American Society of Law and Medicine and the Lawyer Pilots Bar Association. In 2009, Richard was selected as one of the Top 100 Trial Lawyers by the American Trial Lawyers Association.

Richard has achieved a national reputation through his representation of clients as lead counsel in more than ten states and as a result of over twenty five years of outstanding results in trial and by obtaining substantial settlements for his clients. He has served as an Adjunct Lecturer at Nova Southeastern Shepard Broad Law Center, and also as an Adjunct Assistant Professor of the Physician Assistant Program at Nova Southeastern University. Richard also served as a member of the Board of Advisors of the Physician Assistant Program at Nova Southeastern University. Richard is a frequent lecturer to trial lawyers, medical providers, and at medical and law schools. He was invited and spoke at the Institute of Medicine at the National Academy of Sciences in Washington, D.C., for the development of the published book, To Err is Human, relating to reducing medical malpractice errors. Richard served as Review Editor for Matthew Bender Publishing Company for the first edition of Florida Torts, Chapter 61, “Liability of Health Care Providers,” and Chapter 101, “Motor Vehicle Law.” Richard specializes in substantial personal injury and wrongful death cases, motor vehicle accidents, medical malpractice, air crash litigation, and product liability cases. Within the community, he is actively involved in the Miami Project to Cure Paralysis, the American Paralysis Association, Florida Brain Injury Association, Family Central, St. Jude Catholic Church, Pope John Paul II H. S., Pillars Society of the Archdiocese of Palm Beach, the Florida Grand Opera , and the Boca Raton Youth Baseball Association. Richard and his wife Lisa, reside in Boca Raton, Florida, with their five children.