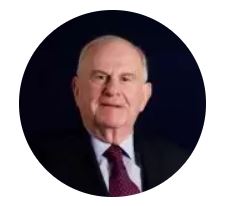 Philip J. Crowe Jr. is a founding partner of the Massachusetts-based injury firm, Crowe & Mulvey, LLP, and one of the Commonwealth’s most respected trial lawyers. Throughout his legal career, he’s achieved numerous multi-million-dollar settlements and verdicts in personal injury cases, including verdicts that set new records for the largest award by a Massachusetts jury for a death resulting from medical malpractice and the largest dental malpractice award in the country. Phil is consulted by lawyers nationwide for his experience in handling serious injury cases and has appeared on Face the Nation, CBS-TV’s news show. At our firm, he’s committed to giving each of his clients the attention they deserve after being injured in traumatizing accidents.

Phil has received widespread professional acclaim for his courtroom presentations, and many excerpts from his courtroom arguments and examinations have been reproduced for national distribution as teaching guides for other lawyers. His arguments before the Supreme Judicial Court of Massachusetts have resulted in landmark decisions that broaden the rights of personal injury victims.

A lifelong Boston resident, Phil is a proud Boston College High School, Fairfield University, and Boston University Law School graduate. He recently completed terms as a trustee of Boston College High School and a trustee and member of the executive committee of the Ethel Walker School in Simsbury, Connecticut, and is an active supporter of the Charles River Association for Retarded Citizens. He’s also a member of the American Association for Justice, the Massachusetts Academy of Trial Attorneys, and the Massachusetts Bar Association.

First Circuit of Court of Appeals

All state and federal courts