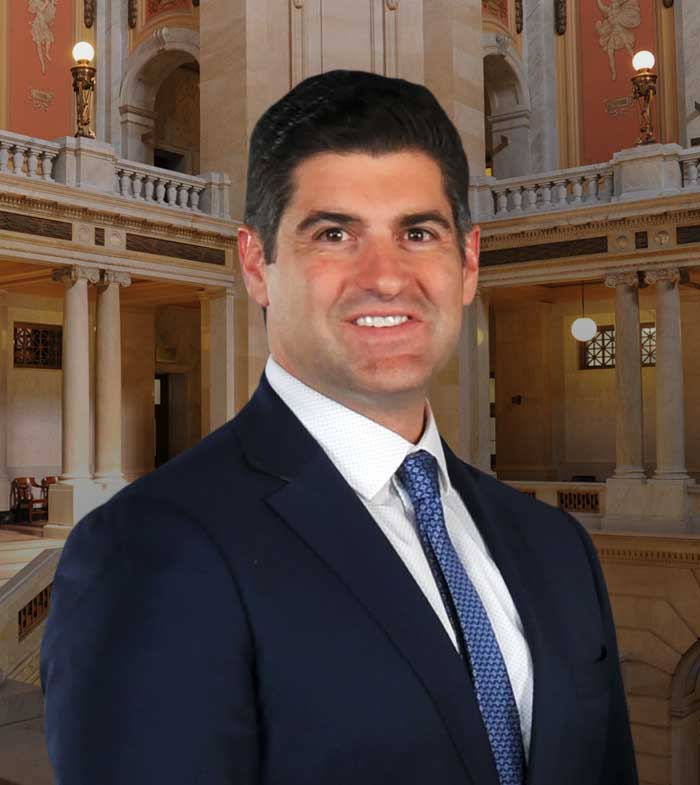 After excelling in the classroom and football field at the Johns Hopkins University, Attorney Doyle attended the Pennsylvania State University Dickinson School of Law. While there, he immediately recognized his passion for trial advocacy. He was named captain of the National Trial Team and honored with the Order of the Barrister. Attorney Doyle honed his trial advocacy skills as an Assistant District Attorney in the Philadelphia District Attorney’s Office. He progressed through ranks of the office in his four years of service (2008-2011), rising to the Major Trials Division where he prosecuted felony trials.

In his current practice, Attorney Doyle relies on his background in criminal law in representing victims of sexual abuse and violent crime in the civil court system. His practice also focuses on medical malpractice, trucking/automobile negligence, and personal injury cases.

Attorney Doyle is married to Colleen A. Doyle, Esquire, and they have three children, Claire, Patrick III, and Brannon. He is active in his community, serving as the past-Chairman of St. Nicholas Parish Council, Chair of the Association of the Blind Golf Tournament and Member of the Board of Directors, Board Member of Wyoming Valley Drug and Alcohol Services, Inc., past-Board Member at the Osterhout Free Library, past-Board Member of Big Brothers Big Sisters, and member of the Ancient Order of Hibernians. He is also a graduate of Leadership Wilkes-Barre.

→ Federal District Court for the Middle District of Pennsylvania

→ The National Trial Lawyers Top 40 under 40 in Pennsylvania

→ Board of Governors of the Pennsylvania Association for Justice

→ Board Member of the Northeastern Pennsylvania Trial Lawyers Association

→ Member of the American Association for Justice

→ Member of the Pennsylvania Bar Association

→ Member of the Luzerne County Law and Library Association