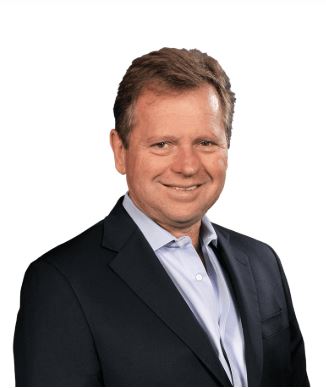 Wil H. Florin was born in Salzburg, Austria and raised in Ft. Wayne, Indiana. He received his B.A. from Ball State University where he was captain of the varsity soccer team and President of the University’s largest social fraternity (Sigma Phi Epsilon). He obtained his Juris Doctorate from Stetson University College of Law in 1980 where he won the school Moot Court competition and was a State Moot Court finalist.

The Law School campus (which is perennially recognized by U.S. News and World Report as the nation’s top law school for trial advocacy) includes the Florin|Roebig Courtroom, one of the largest and most technologically advanced teaching courtrooms in the country. In 2007 the 10,000-member Stetson Lawyers Alumni Association awarded Wil Florin and his partner Tommy Roebig its annual outstanding alumni award (Paul May Meritorious Service Award). Wil has lectured to trial groups across the Country. He is licensed to practice law in the states of Texas (1980) and Florida (1982). He is also admitted to practice in the United States District Court for the District of Colorado. He has been Board Certified as a Civil Trial Lawyer by both The Florida Bar since 1988 and The National Board of Trial Advocacy since 1990. Wil is also Board Certified as a Civil Pretrial Practice Advocate by the National Board of Trial Advocacy.

Wil has been repeatedly named by his peers to “Best Lawyers in America” (the only Pinellas/Pasco plaintiff’s medical malpractice attorney selected), “Leading American Attorneys,” “Florida Super Lawyers” and “America’s Leading Plaintiff’s Lawyers.” He has obtained Martindale-Hubbell’s highest peer rating for both ethics and legal ability. Wil was selected by The National Trial Lawyers Association as one of the Top 100 Trial Lawyers in Florida each of the past eight (8) years. In what is an infrequent occurrence for the Tampa Bay Times, the newspaper in 2010 published a feature article on Wil’s successful legal career (see section below).

Wil’s hobbies include soccer and karate. He was named M.V.P. of the 1976 Indiana College All-Star Soccer game and holds a Black Belt in Isshinryu Karate.

Lawyer Florin in demand, in spotlight

HIS CLIENTS INCLUDE WRESTLER HULK HOGAN AND TWO WITH TIES TO USF: JIM LEAVITT AND MYRTICE LANDERS.

On the way, Florin’s iPhone rang. It was Jim Leavitt, who had been fired that day as the University of South Florida’s football coach, and suddenly found himself in need of a good attorney.

So, Florin changed plans, drove to Leavitt’s house and checked on the other meeting by cell phone. Before long, Florin had filed a lawsuit on Leavitt’s behalf, criticizing USF for a “biased, flawed and legally unsupportable” investigation that led to the firing.

That’s the kind of year it has been for Florin, 55, who has found himself in some of the most-scrutinized cases in the Tampa Bay area.

It happened again last month, as Florin took on the case of Myrtice Landers, an academic adviser with close ties to many USF athletes, who said she was fired because of racism. USF rescinded the firing less than two weeks later and rehired her to a different job.

Florin said that in many ways, the past year’s high-profile cases aren’t any different than his other lawsuits against errant doctors or negligent drivers, because every case is supremely important to someone.

But Leavitt’s case, he said, has been different because of the nationwide media glare. He maintains that USF’s investigation downplayed or overlooked evidence favorable to Leavitt, so he has spent extra time talking to media “to make up for the onslaught of that unfair representation.”

Florin is president of Florin Roebig, a firm with 12 lawyers including his brother Wolfgang and two other shareholders.

The firm has a somewhat unusual mix of specialties — personal injury, medical malpractice and employment law. The mix may explain why Florin and his office attract plaintiffs such as Leavitt and Landers.

It means the firm needs to know the law of the workplace. And because of the personal injury and medical malpractice cases, it means it also needs to be able to take complex cases all the way to the courtroom.

Florin, in fact, is critical of fellow “trial attorneys” who are too willing to settle cases. “Too many take the easy way out.” He said you don’t get a good settlement unless attorneys on the other side know you’re willing to go all the way to the courtroom.

But doing so is not cheap. Florin said the firm can’t file a malpractice lawsuit without spending $100,000 on expert witnesses and other costs. If it loses, it loses that money, too.

Not everyone appreciates Florin’s work. In 2004, he won a $1 million verdict for a Pasco County woman who said a doctor wrongfully prescribed pills that caused her husband to die from a heart attack.

The doctor, Gajanan Anant Kulkarni, would not directly comment on Florin, but said in a recent interview that the lawsuit meant “years of torture” and “sleepless nights” for him. He maintains he provided good care and was not disciplined by the Florida Board of Medicine.

Fellow physician Krishna Ravi sharply criticized the verdict at the time, complaining in a letter to the editor that jurors “without any medical background were convinced by a malpractice attorney that this reputable, dedicated, honest doctor committed malpractice.”

It’s not just doctors. Florin also is willing to sue lawyers. For Hogan, he sued the Washington-based firm Zuckerman Spaeder, saying it essentially fleeced the wrestler of more than $1 million for legal work an insurer would have provided for free.

Florin and Hogan would not say anything about a settlement in that case. But in an interview, Hogan had this to say about Florin: “Let me put it to you this way: He’s the only lawyer who’s ever given me money. Every other lawyer has always taken it from me.”

Florin says he got to this point more by accident than by design.

Growing up in Fort Wayne, Ind., Florin said he had no particular plans to attend college. But he loved playing high school soccer, which led colleges to recruit him. He chose Ball State University, where he captained the soccer team and majored in political science.

When his girlfriend started studying for law school entrance exams, Florin casually decided to do the same. He did well and chose Stetson University College of Law in Gulfport.

After a brief stint at a Dallas firm, he returned to become an assistant Pinellas County attorney. In that job, he defended Pinellas against the kinds of malpractice and injury lawsuits he would later file himself.

Florin, who still plays soccer in his spare time and is a black belt in karate, believes athletes tend to make good trial lawyers — they’re both highly competitive.

Carey said a mutual colleague once remarked of Florin: “He is so competitive that if he and I get on the elevators together, he wants to arrive at the upper floor before me.”

Florin’s first big case came in 1986, when a jury awarded $2.3 million to the family of a doctor killed in a car crash. The Tampa Bay Times* said then it “may be the largest jury verdict ever in Pinellas County.”

He spent years battling Ford Motor Corp. in the 1990s over a boy who was severely injured in a fiery crash in a 1988 Escort and lost in a jury trial in 1997. He calls it his toughest loss ever. But later a new trial was ordered, and the case was settled out of court.

Hogan, whose real name is Terry Bollea, said he heard about Florin from a friend. This was a time when he was reeling from divorce proceedings and the fallout from his son Nick Bollea’s car crash that left friend John Graziano severely injured.

“A lot of those other lawyers were walking away from me as I was running out of money,” Hogan said.

But when he opened his books to Florin, “He basically stepped up and looked at what was going on and said, “I’ve never seen anything like this; this is crazy.’ “

Stetson University College of Law, Board of Overseers

Stetson University, Board of Trustees