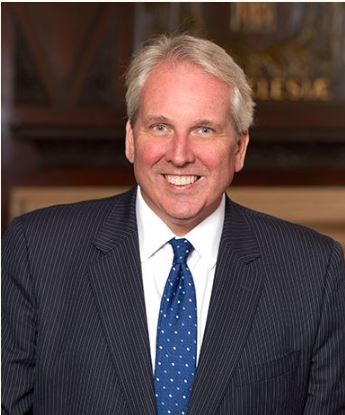 A partner of Rheingold Giuffra Ruffo & Plotkin, LLP, Tom specializes in the litigation and trial of significant medical malpractice, personal injury, mass tort, and product liability actions. He earned his reputation as a trial lawyer early in his career when he obtained his first million-dollars verdict only four years after graduating from law school. His successes as a leading trial lawyer have continued through a combination of hard work and dedication to his clients together with outstanding skills as an advocate.

He also has represented the victims of sexual harassment and abuse in the workplace.

Over his 24-year career, Tom's innovative approach, thorough preparation, and trial advocacy skill have led to 20 verdicts and numerous settlements in excess of one million dollars on behalf of his clients, including a recent landmark verdict for $58 Million. Tom is one of the youngest trial lawyers in New York to amass such a successful record at trial.

Tom was voted to become a Fellow of the International Society of Barristers. Members of the Society are dedicated to the art of advocacy, preserving trial by jury and an independent judiciary. Membership in the Society is limited to less than 700 lawyers selected by their peers and judges as “outstanding in the field of advocacy,” The Society has members from every State in the United States and from several countries including England, Canada, Australia, and Ireland. the nominee’s skills as a trial lawyer, personal and professional integrity and peer reviews from other lawyers and judges.

In 2015, Tom was invited to become an Advocate of the American Board of Trial Advocates (A.B.O.T.A.), one of the most prestigious trial advocacy organization in the United States. Tom's induction as an "Advocate" is the highest rank for members and requires trial experience consisting of acting as lead counsel in a minimum of fifty (50) jury trials to verdict, personal character, and professionalism. There are approximately 7,000 members of ABOTA in the United States. However, less than 125 attorneys in New York have qualified for membership. Only 28 New York City lawyers hold the "Advocate" rank.

In 2011, Tom was honored by being elected to the National Trial Lawyers as one of the 100 Top Trial Lawyers in New York and among the best plaintiff's attorneys in the United States. His successes have resulted in his appointment to the Highest Panel of the Legal Referral Service of the New York City Bar Association.

·       $6.1 Million verdict for transmission of Hepatitis C due to improper use of the drug Propofol

·       $2.25 Million verdict for failure to properly perform a sphenoid sinus biopsy resulting in blindness in one eye

·       $2.032 Million labor law verdict for a man who was injured at a construction site due to a defective scaffold

·       $2 Million verdict for a man left unsupervised in a nursing home, resulting in his exposure to freezing temperatures and leading to wrongful death

·       $1.975 Million settlement for two children who sustained brain damage due to lead poisoning

·       $1.74 Million verdict for traumatic amputation of two fingers as a result of a defective snow blower

·       $1.7 Million verdict for delayed treatment of a complication of cataract surgery resulting in blindness in one eye

·       $1.6 Million labor law verdict for a man who fell from a ladder at a dangerous construction site resulting in traumatic brain injury

·       $1.6 Million settlement for two children who suffered brain damage as a result of lead poisoning

·       $1.6 Million verdict for 1.5 Million settlement for a doctor's failure to timely diagnose lung cancer in a woman