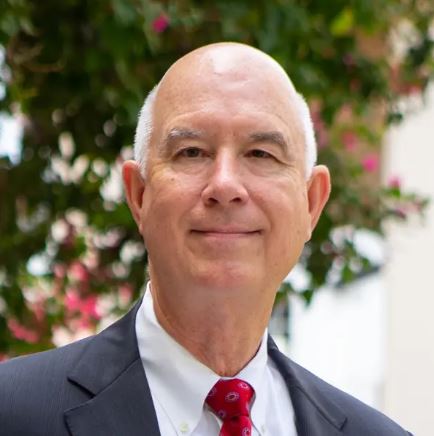 Michael K. Bailey received his undergraduate education at the College of William and Mary in Virginia, where he earned an A.B. Degree in 1978. He completed his legal education at Stetson University College of Law, receiving his J.D. Degree in 1981. While in law school, Mr. Bailey was selected as a Dana Scholar, an honorary position based on faculty nomination and his rank in the top fifteen percent of his class. He received The American Jurisprudence Award for excellence in the study of Tort Law and served as an Associate Editor of the Stetson Law Review. Mr. Bailey is the author of “Torts: Damages for Outrageous Conduct-Florida Recognizes An Overdue Remedy”, 9 Stetson Law Review, No. 2, 1980; and “Florida’s New Fee Recovery Statute: Bad Medicine”, 10 Stetson Law Review, No. 3, 1981. While pursuing his law degree, he was listed in Who’s Who Among Students in America’s Universities and Colleges as a result of his academic and extracurricular achievements.

Mr. Bailey became the youngest Board Certified Civil Trial Lawyer in the state at the time of his certification in June, 1987. He is also certified as a Civil Trial Advocate by the National Board of Trial Advocacy. Of almost 89,000 attorneys actively licensed to practice law in the State of Florida, fewer than 175 across the state are board-certified as civil trial attorneys by both the national and state certifying bodies. Mr. Bailey is also a member of the exclusive Million Dollar Advocates Forum, a select group of attorneys who have obtained verdicts or settlements of One Million Dollars or more. He is a member of the Florida Bar, the American Bar Association, the Southern Trial Lawyers Association, The American Association for Justice (Charter member, President’s Club), the Florida Justice Association (Eagle sponsor) and the Orange County Bar Association. He is admitted to practice in the Supreme Court of the United States, all Florida State Courts, the Federal District Court for the Middle District of Florida and the Eleventh Circuit Court of Appeals.

As a civil trial attorney, Mr. Bailey has concentrated his practice over the past forty-one years to the prosecution of personal injury and wrongful death cases involving automobile negligence, medical malpractice, products liability, premises liability, and insurance claims.

Mr. Bailey is married and has two grown children, Julia Anne and David Allen. His wife, Linda, holds her designation as a Certified Property and Casualty Underwriter (C.P.C.U.) and worked for ten years in the insurance industry. The Baileys are active members of the First Presbyterian Church of Orlando. A graduate of the Leadership Orlando leadership training program, Mr. Bailey is active in community affairs.