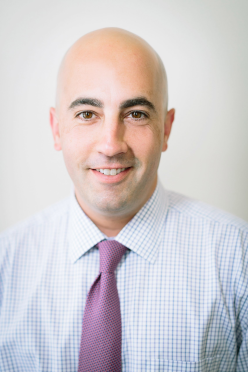 Michael’s practice also involves the representation of families of those who died or were severely injured as a result of dangerous fraternity hazing incidents. In 2019, along with David Bianchi, Michael drafted a bill to help strengthen Florida’s Anti-Hazing law. The bill, which was signed into law in June of 2019, is named “Andrew’s Law,” after Andrew Coffey, an FSU student who died in November 2017 during a fraternity hazing tradition. Michael and David represented Andrew’s parents in a civil suit against the national fraternity and 14 other defendants.

·        Working alongside Gary Fox and Stephen Cain, Michael represented a woman diagnosed with significant heart problems, including atrial fibrillation, whose physicians negligently discontinued her medication, causing her to suffer a stroke rendering her hemiplegic. The jury awarded approximately $8,000,000.

·        In a products liability action against a medical device company, discovery revealed that the company knew of its products’ failure but failed to initiate a recall or take any measures to alert consumers and fix the issue. The case settled for over $7,000,000 on the eve of trial.

·        Michael represented the family of a young woman murdered at a shopping mall in Coral Gables, Florida. This case was settled less than a year after the incident.

·        After Michael’s client was struck by a speeding 18-wheeler, she suffered a terrible back injury in addition to receiving nerve damage to her hand that required multiple surgeries. Five months after the accident, the case settled for $5,000,000.

·        After a young mother went in for a routine surgery, the hospital’s nurses failed to monitor her appropriately. Meanwhile, extremely high doses of narcotics were administered resulting in our client’s respiratory arrest and death. The case settled on the eve of trial for over $10,000,000.

In 2018, the Cystic Fibrosis Foundation honored Michael as one of the Top 40 under 40 South Florida Lawyers. In 2019, Michael was named by Super Lawyers as a Rising Star and was also recognized as a Top Up & Comer by South Florida Legal Guide in catastrophic injury and wrongful death.

In his free time, Michael enjoys spending time with his wife Sari, son Cameron, and friends and family.

Michael also writes and speaks on topics relevant to his practice. His articles include: