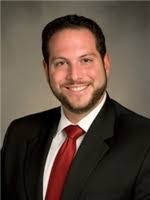 Dax Bello is a shareholder at Stewart Tilghman Fox Bianchi & Cain. His practice is devoted to representing plaintiffs in the civil prosecution of wrongful death, catastrophic injury and other complex matters including, but not limited to, birth injury, liquor liability, medical malpractice, qui tam (whistleblower), sexual assault, aviation and maritime accidents, fraud, and products liability. Dax has recovered more than $60 million for our clients since joining the firm in 2013.

In 2019, he was designated a “Rising Star” by Super Lawyers, a nationally recognized legal publication, and was honored as a “40 Under 40 Outstanding Lawyers of South Florida,” by the Cystic Fibrosis Foundation.

·       Liquor Liability - Dax’s practice includes holding restaurants, hotels, and bars accountable when they serve alcohol in violation of Florida law resulting in injury or death. He obtained a confidential settlement against a popular bar after it served a teenager alcohol who then got behind the wheel of a motor vehicle, killing his best friend. In another ‘dram shop case,’ Dax represented the family of a woman killed by a drunk driver—a known alcoholic— furnished with alcohol by a local restaurant. The case settled for $4 million after only three months in litigation. Along with David Bianchi, Dax recovered a $15 million settlement for their quadriplegic client following a motorcycle accident after his employer - a popular bar on Miami Beach - encouraged him to drink alcohol with guests to increase sales for the bar.

·       Medical Malpractice - A 20-year-old died in his father’s arms shortly after doctors failed to recommend a relatively non-invasive outpatient surgical procedure to correct a potentially fatal heart condition. A confidential settlement was reached after only a few months of litigation and included the requirement of an amendment to the policies and procedures of a hospital to compel the referral of patients with certain cardiac conditions for immediate follow-up care after the discharge from the hospital.

·       Premises Liability - $3.75 million settlement recovered in a premises liability case. Dax’s client was enjoying the rooftop deck of a local apartment building when she became stuck on the roof after the elevator malfunctioned. There were no employees present to help respond to her screams for help. Ultimately, she was forced to use an emergency exit and an escape ladder, which was not built to code. She fell and suffered horrific injuries to her feet and legs. In another premises liability case, a settlement was obtained of more than $5 million for a client who tripped and fell on a dangerous condition located on a walkway of a popular Florida resort resulting in a traumatic brain injury.

Dax has served as a member of the Florida Bar Association’s prestigious Florida Rules of Civil Procedure Committee since 2015, helping simplify the practice of law for attorneys and assisting to ensure access to justice for all Floridians.

In his free time, Dax volunteers for various non-profit organizations. He is a proud member of the Kiwanis Club of Little Havana and has co-chaired a number of Carnaval Miami events since 2009, funding dozens of the club’s projects aimed at bettering the lives of children, such as the annual summer camp, sports leagues, and holiday gift drives.

In September 2019 Dax represented the Cuban American Bar Association (CABA) at the Organizations of American States’ Inter-American Commission on Human Rights, bringing attention to continued human rights violations by the Cuban government upon its citizens. Dax is CABA’s President-Elect and will serve as President in 2021, after nearly 10 years on its board, including 4 on its executive board. CABA is known in the legal community as one of Florida‘s more prolific and influential voluntary bar associations, working to empower minorities in the practice of law and providing pro bono legal services to thousands of clients.

Dax also serves as Vice-Chair of the Miami-Dade and Florida Keys Chapter of the American Red Cross Board of Directors and chaired the organization’s 35th Annual Red Cross Gala in 2019.