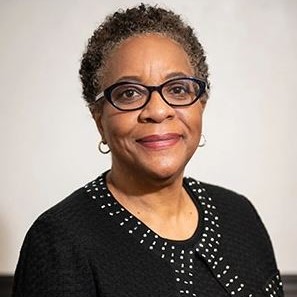 Karen E. Evans is a former registered nurse and preeminent trial attorney in The Cochran Firm’s Washington, D.C. office. Over the course of her 28 year career, her prime objective has and continues to be achieving justice for her clients. Throughout her career as a trial attorney, she has successfully prosecuted high-stakes litigation matters involving medical negligence. Since 2000, Ms. Evans has combined her years of experience as a registered nurse and former defense lawyer with her zealous advocacy skills to pursue claims on behalf of individuals and families who have suffered life changing catastrophic injuries and losses. Ms. Evans has successfully tried and settled numerous medical malpractice cases in the seven and eight-figure ranges. Her greatest joy comes from seeing the positive impact of her work on the lives of those who have put their trust in her.

Ms. Evans has been consistently selected for inclusion in The Best Lawyers in America, Super Lawyers and The National Trial Lawyers Top 100 Lawyers, among other honors. She has also been listed in The Bar Register of Preeminent Women Lawyers. She has received the highest peer rating of Martindale Hubbell®, AV Preeminent. This rating signifies that a large number of Ms. Evans’ peers rank her at the highest level of professional excellence for her legal knowledge, communication skills and ethical standards.

Ms. Evans is a member of the Maryland, District of Columbia and Virginia state and federal bars. She is also admitted and qualified as an attorney and counselor of the Supreme Court of the United States of America.

Listed in the Bar Register of Preeminent Women Lawyers