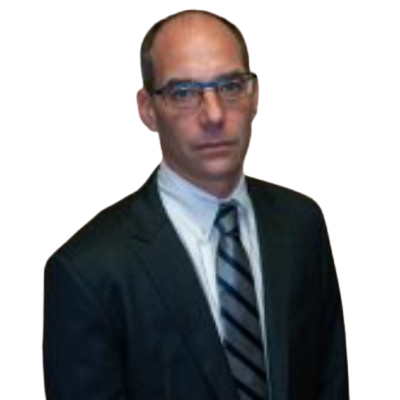 Over the past 19 years Jeffrey Cooper has garnished a reputation for representing the most seriously injured in accidents involving personal injury and medical malpractice. In only his fifth month as an attorney Jeffrey took a case to trial by jury for a security guard who was struck as a pedestrian while on duty that none of the partners in his firm could be bothered with. After obtaining a verdict for the woman in excess of $100,000 which was more than ten times what the insurance company offered before trial, Jeffrey knew he found his calling in trial law.

Jeffrey tackles his cases with a David and Goliath approach and enjoys nothing more than facing off against insurance companies, big corporations, hospitals, municipalities and larger firms that try to use their resources to gain an advantage. He has a tireless work ethic and a tenacious approach to securing victory. Since achieving his first verdict, Jeffrey has continually honed his skills, gradually taking on cases of more and more significance. In 2017, Jeffrey obtained the largest verdict in the state (at the time it was rendered) of 2.8 million dollars for the estate of a motorcyclist who was killed in an accident in Wilton. More recently, Jeffrey obtained a verdict of $330,000 in a no pay case against a municipality for failing to clear vegetation from a stop sign that resulted in his client fracturing his leg after plowing head-on into another car.

Presently, Jeffrey’s practice still consists of the types of serious injury and death cases including motor vehicle, motorcycle, slip-and-fall, municipal negligence and product liability matters upon which he built his reputation and obtained his first million dollar results. But just as Jeffrey has grown over the years, so has his experience in complex cases of medical malpractice which now make up a substantial part of his everyday practice.

He has tried jury cases throughout the state including Hartford, New Britain, Derby, Milford, Bridgeport, New Haven, Stamford and Waterbury, and in both Connecticut and New York federal district courts. Several of Jeffrey’s recent cases in this area have resulted in recoveries in excess of a million dollars, including a $2,500,000 recovery in a case involving mismanagement of mechanical ventilation, $2,000,000 for delayed diagnosis of cancer, $1,500,000 for surgical complications resulting in sepsis and approximately $1,000,000 for back surgery resulting in nerve damage.

It is important to note that every case is different and each case depends upon a variety of factors unique to that particular case. Jeffrey agrees that past results are old news and he does not rest on his laurels. He knows that what matters to his clients is what he can do for them now, not what he may have done for someone in the past. Jeffrey is proud of his achievements including his many continuous years as a SuperLawyer, AVVO highest rated 10.0, National Trial Lawyers Top 100 and Connecticut Top 40 Litigation Lawyer. Jeffrey feels that more important than any recognition though is the satisfaction he receives from forcing the people he goes up against to give his clients back at least a little bit if not more of what they lost along the way.