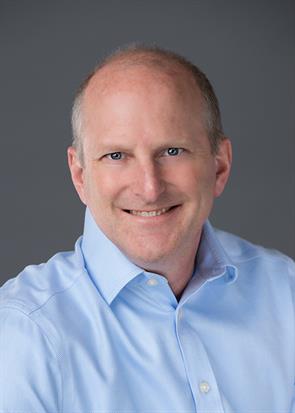 James C. Bocott graduated from the University of Nebraska College of Law in 1997, where he was a member of the college's National Trial Team. James is licensed to practice law in the State of Nebraska both at the State and Federal Levels and has argued numerous cases before the Nebraska Supreme Court. James is a member of the Nebraska State Bar Association, has served on various committees, and served as Chairman of the Publications Committee for several years.

In 2001, James accepted an invitation to join the McCarthy Moore & Hall law firm (later McCarthy, Pederson, Moore & Bocott), where he was a Partner until leaving the firm in 2010. From 2001 to 2004, James was also the Chase County, Nebraska, Attorney, where he prosecuted criminal offenses and represented Chase County in numerous civil matters, including the issue of whether to grant a special use permit to a significant hog confinement facility.

In July of 2010, the Law Office of James C. Bocott, PC LLO, was formed in order to bring a more focused and specialized approach to a legal practice designed to: represent seriously injured people; represent injured workers; represent those burdened with overwhelming debt; and, represent people in various other civil legal disputes such as divorce, custody, breach of contract matters, and estate litigation.

James is a member of the American Association for Justice, Keenan Trial Institute, National Association of Consumer Bankruptcy Attorneys and the Nebraska Association of Trial Attorneys, and regularly attends both State and National continuing legal education seminars, workshops, and conferences to ensure a high level of competence in each practice area.

When not practicing law, James enjoys spending time with his family, serving his church, coaching his children's athletic teams, and staying active and fit via adventure racing. James has been actively involved in the North Platte community and has served on the Board of the United Way (Chairman 2001 and 2002), has served on the American Red Cross Board of Directors from 2007 through 2009, and has coached and judge high school mock trial competitions. Further James has served as both an Elder and Deacon in his local church.

2017 through current, James has attended several trial colleges and seminars at the Keenan Trial Institute in Atlanta, Georgia, developing and refining his jury trial skills. James has also developed a regular schedule for conducting focus groups all over the State of Nebraska.

Since 2014 James has become an advocate for shared parenting in cases where there are two fit, loving, and responsible parents living in close proximity to one another. His work has included presenting at family law and mental health seminars, testifying before the Nebraska Unicameral on multiple occasions, educating law-makers, and appointments by the Nebraska State Bar Association and Nebraska Supreme Court to committees concerned with the way court’s decide custody and parenting time. James believes in, and advocates for, parenting time decisions that are based upon the unique circumstances of each family and the presumption that when there are two loving, capable parents involved in a child’s life, efforts should be made to ensure each parent has substantial, frequent, meaningful, and continuing parenting time with both parents.

2013 The Essentials of Litigation, Omaha, Nebraska, presented by the Nebraska Association of Trial Attorneys (September 2013)

The Law Offices of James C. Bocott offers legal help to clients for the following practice areas. If you need additional help with another field, contact us to find out if we can help you with your legal matter.