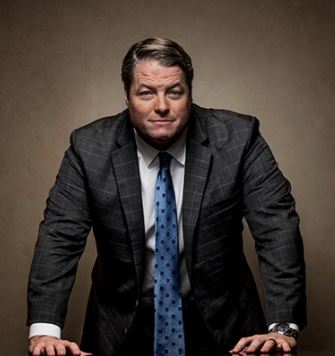 A native of Palm Beach County who attended the Benjamin School in North Palm Beach, Mr. Hill handled dozens of jury trials as an Assistant State Attorney, prosecuting crimes ranging from DUI to first degree felonies punishable by life in prison. His successful prosecution of one of the first post-September 11 airport security cases attracted national media attention, and was covered and aired by Court TV.

As an SDSBS shareholder, Mr. Hill’s practice focuses on automobile and trucking negligence, product liability, and medical malpractice. Since joining the firm, Mr. Hill has secured many million- and multi-million-dollar verdicts and settlements on behalf of his clients. Mr. Hill’s highest jury verdict to date was in excess of $30 million in a medical malpractice case. Mr. Hill has been named in the Best Lawyers in America and the Florida Super Lawyers publications since 2013. He has been recognized by both South Florida Legal Guide and Super Lawyers as a rising star in the field of personal injury. Mr. Hill is also a member of The National Trial Lawyers’ “Top 40 under 40” for Florida.

Mr. Hill earned a Bachelor of Arts degree in political science at Yale. He received his law degree from the University of Florida College of Law, with honors. At his induction into The Florida Bar, having achieved the highest score on The Florida Bar exam, he delivered the response on behalf of newly-admitted lawyers before the Fourth District Court of Appeals.

Babywearing Is Back – Make It Safe

What Does the Cures Act Really Mean for Patients?