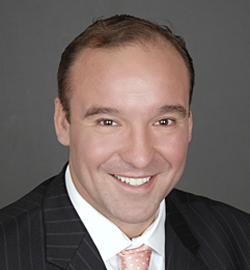 Attorney Dubin has extensive experience in the areas of civil and commercial litigation. He has been certified as a civil trial specialist by the National Board of Trial Advocacy. He has tried several cases in state and federal courts and before administrative agencies such as the Connecticut Commission on Human Rights and Opportunities. He has also argued appeals before the Connecticut Appellate Court. His principal areas of practice are professional liability, including medical and legal malpractice, employment litigation, trucking litigation, products liability, commercial litigation and personal injury. Attorney Dubin is also active as a mediator and arbitrator in private dispute resolutions. He has lectured to college students as an adjunct professor and presented seminars to Connecticut lawyers on trial practice.

Attorney Dubin resides in Milford with his wife Missy and their three children Grace, Jack and Sadie.