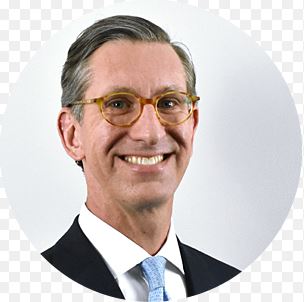 The Best Lawyers in America®, Recognized since 2019

Mr. Jowers, a partner in the firm, represents patients harmed by medical malpractice, pharmaceuticals, and medical devices. He is admitted to practice before all courts in the State of South Carolina (2001), the United States District Court for the District of South Carolina (2002), the Fourth Circuit Court of Appeals (2003), and the Sixth Circuit Court of Appeals (2020). He has been admitted to practice pro hac vice in numerous states throughout the country.

Mr. Jowers focuses his practice on representing children with preventable brain injuries caused by negligent obstetric care. His work has led to record breaking verdicts and settlements as well as recognition by his peers in the legal profession. Throughout the years he has also been privileged to represent military families in actions against the government for negligent medical care at military hospitals. In 2020 he obtained a $15.1 million judgment for a child with cerebral palsy caused by sub-standard obstetric care provided to his mother at a military hospital in Clarksville, Tennessee.

In 2019 and 2021 Mr. Jowers was an invited speaker at the Annual Advanced Forum on Obstetric Malpractice Claims. This annual conference brings together medical professionals and leaders in both the plaintiff and defense sides of obstetric malpractice litigation.

In October of 2014, he obtained the largest verdict ever in Hall County, Georgia on behalf of a child who was brain damaged because of a mismanaged labor and a delayed resuscitation. In 2015, in recognition of this widely publicized verdict, he received The Daily Report’s Verdicts Hall of Fame award for medical malpractice.

In May of 2014, he obtained what is believed to be the first verdict for a patient in a case involving the laser extraction of pacemaker/defibrillator lead wires. This case was tried in Spartanburg, South Carolina on behalf of the children of a patient who died because the personnel and equipment needed to respond to a foreseeable complication were not readily available.

In February of 2009, he and partner Ken Suggs obtained a substantial verdict against a hospital in York County, South Carolina on behalf of the parents of a child who died after living for four years with a brain injury caused by negligent obstetric care.

Earlier in his career, Mr. Jowers led the discovery efforts relating to the Pfizer drug Provera in MDL 1507, in re Prempro Products Liability litigation. This consolidated litigation involved the claims of more than 12,000 women who developed breast cancer following the use of hormone therapy drugs. Over the course of three years he coordinated the document review, the assembly of exhibits, the development of expert witnesses, and personally took the depositions of pharmaceutical executives and scientists involved in the development and marketing of Provera. His work contributed to successful verdicts and settlements in cases tried across the country.

He has continued his work in pharmaceutical litigation, most recently serving as lead counsel for the State of South Carolina against Cephalon, Inc. After nearly four years of litigation this case ended with a favorable settlement for the State.

The Citadel, The Military College of South Carolina, 1998

American Board of Trial Advocates

Board of Governors, South Carolina Association for Justice, 2012-2018

"When the Bulls Make Way for the Bears—Civil Liability Under Federal and State Securities Laws and the Common Law," South Carolina Lawyer, November 2003

"Getting to the Heart of Wrongful Deaths in Catheterization Labs," TRIAL, October 2015

"The Curious Case of the Deposition Notice Duces Tecum," The Justice Bulletin, Fall 2015