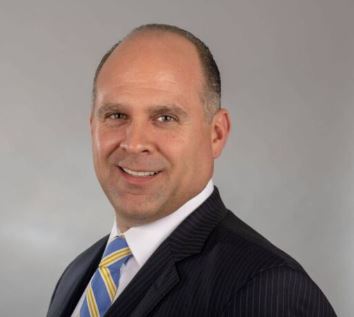 Francisco (Frank) Viñas has been practicing civil litigation since 1997. While insurance companies and large corporations often attempt to delay or avoid being held accountable for their negligence or wrongdoing, Mr. Viñas has devoted his career to “uncovering the truth” for these clients and pursuing justice and compensation for their losses. In recent decades, the public has been flooded with misleading commercials, information, and other propaganda aimed at convincing people that all lawsuits are frivolous. Mr. Viñas has made it his professional mission to expose this falsehood and uncover the truth – one client at a time.

Early in his career, Mr. Viñas defended insurance companies, product manufacturers, nursing homeowners, and large hospital conglomerates. He knows first hand how these well-funded companies defend against lawsuits and often try to manipulate the legal system in their favor. He also knows what it takes to uncover the truth for his clients and effectively combat these defense litigation tactics. The moment an injury occurs, corporate defendants with vast resources can – and often do – hire teams of lawyers and investigators to gather favorable statements, admissions, videos, photographs, and other evidence that can be used against an injured person during litigation. On many occasions, Frank has seen victims unknowing to waive their legal rights and critical evidence destroyed, hidden, lost, and stolen. That is why Mr. Viñas goes to work early for his clients, thoroughly investigating claims, gathering and preserving essential evidence, documenting the facts of a case, and guarding against any defense attempts to limit his client’s rights or ability to prevail at trial.

Mr. Viñas has nearly 25 years of experience representing people and businesses who have needlessly suffered harm and loss due to the negligent or wrongful conduct of others. While representing people throughout Florida, he has handled cases involving medical malpractice, wrongful death, car accidents, tractor-trailer collisions, construction site injuries, boating, and personal watercraft injuries, hospital and nursing home neglect, product liability, negligent security, assaults, and slip/trip and falls accidents. He is AV-rated by Martindale-Hubbell in the areas of personal injury, medical malpractice, and product liability law. This is the highest rating available from Martindale-Hubbell, given for high ethical standards and legal ability.

Frank began his legal career in 1995 as a prosecutor with the State Attorney’s Office in Jefferson County, Florida, representing victims of crime on behalf of the State of Florida. He learned early in his career the suffering his clients felt after being victimized. After years of representing insurance companies to defend claims, Frank established his own law firm in 2002 and returned to representing those victimized and harmed by the wrongful conduct of others.

Mr. Viñas attended the University of South Florida (USF) and Florida International University (FIU), where he obtained a Bachelor of Business Administration in finance in 1992. He then attended law school at Florida State University (FSU), earning his Juris Doctor degree in 1995.

– Bachelor Of Science In Business Administration

Martindale-Hubbell (in the areas of personal injury, medical malpractice, and products liability law

Eagle Award for commitment to Justice