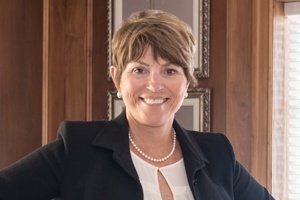 Elizabeth Hawthorne Faiella is an experienced medical malpractice attorney, as well as a noted lecturer and author. She has been practicing law since 1976, when she received her Juris Doctor from Emory University School of Law in Atlanta, Georgia. Ms. Faiella is a member of the Inner Circle of Advocates, the most prestigious and selective attorney organization in America. Membership is limited to the top 100 plaintiff’s trial attorneys in the entire Nation.

In addition, Ms. Faiella is board-certified in Civil Trial Law by The Florida Bar, an accomplishment that only 7% of eligible attorneys achieve. Since 1983, Elizabeth has kept her certification current, and was awarded a 25-year certificate for her efforts in 2008.

Throughout her distinguished 40-year career, Ms. Faiella has won multiple verdicts and settlements of $1 million or higher, but has also devoted her time to her fellow professionals, teaching and lecturing on legal topics nearly 60 times, and serving on the Florida Bar Board of Civil Trial Certification Committee. She also wrote Women Trial Lawyers: How They Succeed in Practice and in the Courtroom, Chapter 4 "Voir Dire in the Medical Negligence Case: Key Factors in Choosing and Conditioning Jurors" in 1978, and co-authored "Battling Ageism in Cancer Negligence Cases" for Trial Magazine in 2007. Elizabeth now devotes her practice entirely to medical malpractice claims, because she passionately believes that medical care should improve health, not hinder it.

Elizabeth is fluent in Spanish and Italian.

Admitted to practice in the State of Florida in December, 1976

Admitted to practice in the Middle District of Florida in January, 1977

Designated by the Florida Bar Designation Plan in December, 1978, as a specialist in the field of Trial Practice - Personal Injury and Wrongful Death

Board Certified in Civil Trial Law by the Florida Bar on July 1, 1983

Board Certified Civil Trial Lawyer by the National Board of Trial Advocacy on June 30, 1984

Chairman of Women's Caucus of the Association of Trial Lawyers of America (ATLA) 1989;

Designated as Advocate by the National Board of Trial Advocacy on March 13, 1993

American Society of Law and Medicine