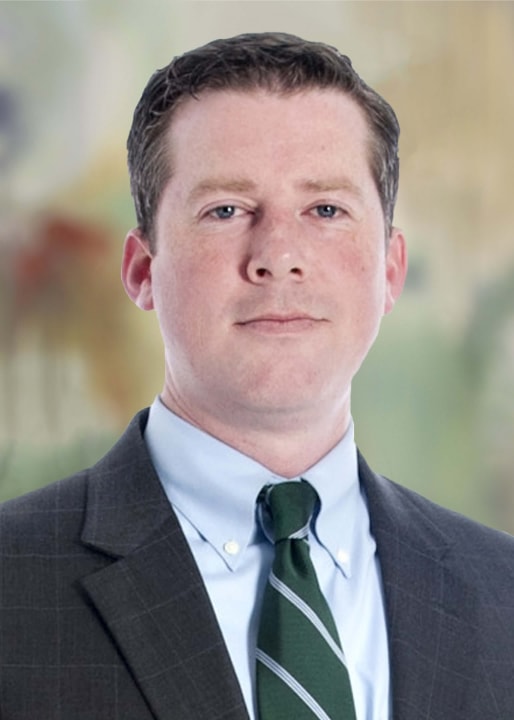 Egan is licensed to practice in the states of Washington and Ohio and is fortunate to actively practice in both venues. He is a principal attorney for Elk & Elk at the Seattle-Tacoma office.

Egan focuses his practice upon pursuing claims for those suffering injury caused by medical negligence, nursing home negligence, as well as trucking and automobile negligence.

Egan began his career at a respected medical malpractice and insurance defense firm, where he gained valuable experience and insight into the manner by which injury claims are evaluated and defended. He also served as Judicial Staff Attorney for the Cuyahoga County Court of Common Pleas, assisting Judge Harry Hanna, Judge Leo Spellacy, and former Ohio Supreme Court Justice Francis E. Sweeney.

Recovery after favorable verdict after 3-week trial in Tacoma, Washington. A 69 year-old Washington woman suffered a permanent spinal cord injury leaving her a functional paraplegic while a patient at Multicare Good Samaritan Hospital. A medication error caused a spinal epidural hematoma (blood clot in her back), and the nurses and staff failed to recognize the signs and symptoms of its progression, which in turn caused a delay in diagnosis and treatment.

Recovery after an Ohio man suffered a subdural hematoma (bleeding in the brain) after he was struck in the head with a falling piece of equipment while working on a drilling site in West Virginia, leaving him with a permanent traumatic brain injury and neuropsychological deficits.

Deceased client who succumbed to complications following a vascular injury during elective, minimally invasive surgery to address gastro-esophageal reflux (GERD). During the procedure, the surgeon unknowingly cut her portal vein, hepatic artery, and common bile duct. After the injury was recognized she received a liver transplant, but was unable to recover and died of complications secondary to massive blood loss.

Estate of a patient who succumbed to complications due to hypocalcemia due to the inadvertent and unrecognized removal of her parathyroid glands.

An Ohio man suffered a traumatic brain injury after his tractor-trailer – stopped in severe winter weather – was struck at a high rate of speed by another tractor-trailer. His brain injury left him unable to continue his decades-long career of over-the-road trucking.

An Ohio woman passed away at the hospital after spinal surgery, when she became septic and the signs and symptoms of her sepsis (severe systemic infection) were not promptly recognized and treated by the nurses and doctors at the hospital.

Client suffered pelvic, hip, wrist and clavicle fractures after a car illegally turned left in front of his motorcycle.

An Ohio woman t-boned another driver who had failed to yield the right of way at a stop sign on a very foggy morning. She suffered a tibial plateau fracture (a broken leg near the knee) which led to arthritis and ultimately a total knee replacement.

Paraplegic client suffered a fractured leg and severe healing complications after he fell out of his wheelchair while being transported in an ambulette due to driver’s failure to appropriately secure him. Co-Counsel: Chris Wallace.

A Washington woman suffered a broken leg when she was hit by a car while crossing the street in a marked crosswalk. The driver of the car claimed she was blinded by the sun, but her insurance company and the injured woman’s underinsured motorists carrier ultimately paid the full limits of insurance available.

A Michigan woman passed away in the hospital when a medication error led to bleeding complications after a liver biopsy.

An Ohio woman suffered severe lacerations and tendon injuries when a canister used to prepare whipped cream exploded in her hand.

A New York man was thrown from his car and died when another vehicle entered his lane of travel, causing both vehicles to overturn and collide.

Estate of a client who suffered a hip fracture at a nursing home and subsequently passed away.

A man suffered bruising to his leg and subsequent complications of compartment syndrome after the van in which he was riding turned in front of the LINK light rail, causing the train to strike the van.

A Washington woman suffered a herniated disc in her neck when she struck a vehicle that had negligently turned left in front of her when she had the right of way.

Estate of a patient who suffered from a progression of a decubitus, “pressure ulcer” while in a nursing facility, and subsequently passed away.

A woman suffered a triangular fibrocartilage tear in her wrist and a minor traumatic brain injury after a vehicle lost control in icy weather and rear-ended her car.

Client suffered a compound fracture from an undocumented fall incident. Complications from the fracture necessitated amputation.

Client suffered a fractured wrist after she fell from a “courtesy” golf cart at the county fair when the driver accelerated unexpectedly.

Client suffered an aggravation of pre-existing back injuries when she stepped through a poorly maintained floor panel at a business.

Client suffered chronic respiratory irritation after riding a bicycle through a chemical cloud caused by a plant’s failure to appropriately contain hazardous chemicals.

Client suffered eye injuries, abrasions on the left side of neck, left arm pain, numbness of the right leg, and a back injury when struck in a failure-to-yield at a stop sign.

An Ohio woman suffered a broken ankle after she tripped and fell on the steps to her rented home, which were below code and not properly maintained.

An Ohio woman suffered soft tissue head and neck injuries including whiplash when the vehicle in which she was a passenger in Washington State was rear-ended.

Client suffered aggravation of pre-existing back injuries when the automobile he was an unrestrained backseat passenger ran off of the road.

Client suffered fractured collarbone when his motorcycle was run off the road while passing a commercial pickup truck and trailer.

Client suffered soft-tissue injuries and aggravation of pre-existing arthritis to her knee after slipping on water in a convenience store caused by the store’s failure to fix leaking cooler.

A Washington woman suffered whiplash and a concussion when the vehicle she was driving was rear-ended by another motor vehicle.

Client suffered a fractured hip after a slip and fall on grease inside of a restaurant.

An Ohio man suffered bruising and cuts in a head-on collision with a tractor-trailer in Washington State.

An Arizona man suffered whiplash and soft-tissue injuries when the vehicle he was riding in was rear-ended by another motor vehicle.

A Washington woman suffered whiplash and soft-tissue injuries when the vehicle she was driving was rear-ended by another motor vehicle.

A man suffered a torn labrum in his hip when his vehicle was struck by another car that failed to yield at an intersection.

Client suffered symptomatic plica, an aggravation to soft-tissue within the knee that requires arthroscopic surgery, after a failure to yield automobile accident.

Client suffered a fractured ankle when he was struck by an automobile while riding his bicycle.

Client suffered a head injury when a horse broke free during a race and slammed into a gate which struck the client because the gate was not properly secured/maintained.

Client suffered a fractured wrist when a neighbor’s dog knocked him down.

Client sustained sprain/strain injuries and concussion when rear-ended by an automobile driven by an intoxicated driver.

**All lawsuits are different and Elk & Elk makes no representation or promises that it can obtain the same results in other cases. These results do not guarantee, warrant, or predict the outcome of any future legal matter. You should consult an attorney for advice regarding your individual situation.