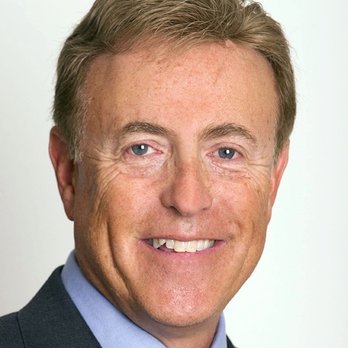 A Chicago native, I graduated from South Shore High School . I attended college at the University of Illinois, Urbana, where I was admitted to Phi Beta Kappa, became President of the James Scholar Society and graduated with high honors in liberal arts and highest distinction in economics. From there, I went to the University of Chicago Law School where I received my Juris Doctor degree in 1974. While in law school, I worked at Aaron, Aaron, Schimberg and Hess and upon graduation, they hired me as a full-time litigator. After preparing and trying commercial litigation cases for four years, I decided that I’d prefer helping people instead of corporations, so I quit and started Donald A. Shapiro, Ltd. in 1978. I’ve never looked back.

Several of my most publicized cases as a personal injury lawyer involved professional athletes. I represented Randy Ready, a former Milwaukee Brewer, for a case of medical malpractice that left his wife, Dorene, seriously brain damaged. A Milwaukee jury awarded the Readys $24.7 million dollars—the largest malpractice verdict in Wisconsin history.

I also represented Marty Barrett, the former second baseman for the Boston Red Sox, in a medical malpractice case against the team physician. A federal court in Massachusetts awarded a judgment for $2.3 million and the case became the subject of a ten page article in the November 6, 1995 issue of Sports Illustrated.

Another highly-publicized verdict was the $9.6 million dollar judgment awarded by a Cook County jury in the Bobby Russ case. Bobby Russ was a 22-year-old Northwestern football player who was shot and killed by a Chicago police officer after being pulled over for a routine traffic violation. The trial lasted six weeks and was heavily reported by the Chicago media.

In July 2006, I set another record—the highest medical malpractice verdict in the history of Kane County, Illinois. In fact, our verdict of $24,775,000.000 was more than four times the previous high verdict. I was given an award for Trial Lawyer Excellence by The Illinois Verdict Reporter and The Law Bulletin because of our achievement. The case involved a 37-year-old woman who was left severely brain-damaged when a nurse improperly removed a central venous catheter. Further details regarding this and other verdicts can be found at the personal injury settlements and verdicts portion of this website.

A recent high profile case was a Chicago Police officer’s fatal shooting of 19 year old Niko Husband. After obtaining a $3.5M verdict, the trial judge reversed and entered judgement for the City. But we appealed and last year the Appellate Court unanimously reversed the trial judge and reinstated the original verdict. Perseverance is another quality you need to be a successful trial lawyer.

While I enjoy the limelight of these high-profile cases, every case in our office is treated with the utmost care and diligence. Our personal injury attorneys understand that your case is extremely important to you and thus, unlike many law firm “factories”, a law firm partner (and not just a paralegal or new associate) is personally involved in every case. We also pride ourselves in effectively communicating with our clients in order to let you know what is going on with your case.