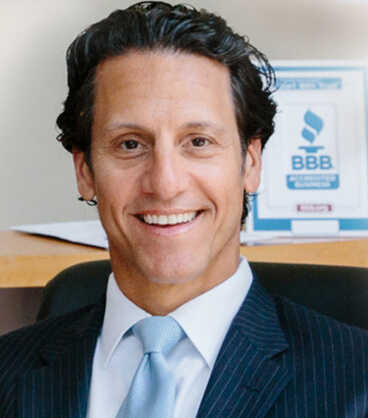 New Jersey medical malpractice lawyer, Daryl L. Zaslow, is a principal with the law firm of Eichen Crutchlow Zaslow, LLP and is Certified by the Supreme Court of the State of New Jersey as a Civil Trial Attorney. Mr. Zaslow’s zealous advocacy and transcendent preparation have been instrumental in achieving significant awards for his clients by way of trial verdicts and settlements. He concentrates his practice in various areas of medical malpractice, including obstetrical malpractice, failures in prenatal diagnosis of birth defects and failures in diagnosing cancer cases. He also represents victims in wrongful death and significant personal injury cases. In 2020, Mr. Zaslow was recognized by Best Lawyers in America as its “Lawyer of the Year” in Medical Malpractice – Plaintiffs, in New Jersey. Read the article featuring Mr. Zaslow. In 2020, Mr. Zaslow was recognized by The New Jersey Law Journal and TopVerdict.com as having obtained four of the Top 10 reported settlements in New Jersey in 2019. The recognition and recoveries included the largest recovery in a Medical Malpractice case ($6.5 Million); Two of the Top Three largest recoveries in Medical Malpractice cases ($6.5 Million and $5.0 Million); and the largest recovery in a case that did not involve a class action ($6.5 Million). Mr. Zaslow also had five of the Top 20 recoveries included in this list, and was the only attorney who had more than two of the Top 20 recoveries in 2019.

Mr. Zaslow’s accomplishments include a landmark verdict on behalf of a child who sustained a birth injury to her brachial plexus. The verdict in excess of $5.5 million is one of the largest ever obtained in an Erb’s Palsy or shoulder dystocia case. A large part of Mr. Zaslow’s practice is devoted to representing children who have sustained brachial plexus injuries at birth as a result of medical malpractice and Mr. Zaslow has given national lectures on the legal and medical issues unique to these types of shoulder dystocia or Erb’s Palsy cases. Read an article on these types of cases by Mr. Zaslow: Deconstructing the Brachial Plexus Injury Case. (Please note: Results may vary depending on your particular facts and legal circumstances. These results do not guarantee similar outcomes for your case.)

Mr. Zaslow also obtained an $8.2 million verdict in a wrongful birth malpractice case in which Mr. Zaslow represented a 4 year old child with Down syndrome and his parents. Mr. Zaslow argued that the defendants not only failed to order the requisite prenatal screening tests but also failed to properly interpret a prenatal ultrasound that showed markers for Down syndrome. Mr. Zaslow argued that the ultrasound markers necessitated that the mother be offered an amniocentesis. Had an amniocentesis been performed it would have diagnosed Down syndrome, and the mother would have terminated the pregnancy, thereby avoiding the extraordinary costs and mental anguish associated with raising and caring for a person with Down syndrome. New Jersey medical mistakes lawyer, Daryl Zaslow, has also obtained multi-million dollar recoveries for clients in other cases involving negligent prenatal screening of birth defects and genetic disorders. Such cases have involved failures to detect Cystic Fibrosis and congenital heart defects. Mr. Zaslow regularly handles cases involving the negligent performance of complex prenatal screening tests and he has given national lectures on handling such cases.

Mr. Zaslow’s success for his clients extends beyond medical malpractice cases. For example, in a negligent security case he obtained a $7.8 million dollar recovery on behalf of the Estate of a 29 year old wife and mother who was murdered and her 7 month old son who was stabbed during a robbery and attack. A portion of the settlement was used to purchase annuities, making the total value of the settlement over $14,323,000.00. The attack occurred at an apartment complex and Mr. Zaslow argued that Defendants were negligent in failing to have a uniformed security guard on the premises 24 hours a day. The case was ultimately settled a week into the trial.

(Please note: Results may vary depending on your particular facts and legal circumstances. These results do not guarantee similar outcomes for your case.)

Daryl L. Zaslow was also retained by the family and the Estate of James McNair (“Jimmy Mack”) due to the tragic death of their father in a fatal car accident involving a Walmart tractor-trailer. Mr. McNair was the only person killed in the accident in which his close friend Tracy Morgan was also injured. Mr. Zaslow appeared on an episode of ABC News Program 20/20, in coverage discussing the dangers of sleep-deprived truckers on our roadways. Watch the episode here. Mr. Zaslow and the family of James McNair also appeared on Entertainment Tonight after Mr. Zaslow obtained a very successful settlement for the family. The settlement received national attention by the press and media. Watch the episode here.

Mr. Zaslow also obtained a $2,650,000 verdict on behalf of the Estate of a 42 year old man who died in a motor vehicle accident. In that trial, Mr. Zaslow argued the defendant truck driver was suffering the adverse effects of Diphenhydramine/Benadryl at the time of the accident, which include drowsiness, fatigue and disturbed coordination and that these factors contributed to the fatal accident.

Daryl L. Zaslow has been selected to the 2015 list as a member of the Nation’s Top One Percent by the National Association of Distinguished Counsel. NADC is an organization dedicated to promoting the highest standards of legal excellence. Due to the incredible selectivity of the appointment process, only the top one percent of attorneys in the United States are awarded membership in NADC. Mr. Zaslow has achieved the prestigious “AV” rating from Martindale-Hubbell, which is the highest rating possible. In 2009, Mr. Zaslow was appointed to the Advisory Board of the National Crime Victim Bar Association. The National Crime Victim Bar Association, whose office is located in Washington, DC, is a national organization devoted to providing support to attorneys representing crime victims in civil actions. The Advisory Board consists of 26 attorneys from throughout the United States.

Daryl Zaslow was featured in a televised forum “A Jersey Matters Town Hall: The Heroin Crisis,” This one-of-a-kind statewide town hall took place at Monmouth University on March 16th, 2017. WJLP-TV (Me-TV) in association with the Asbury Park Press sponsored the program to discuss the real problem of heroin and opiate addictions and deaths in New Jersey. The appearance starts at approximately 48 minutes of the program, click here to watch. View segments from the Town Hall forum here.

Daryl Zaslow is a lifelong resident of Monmouth County, and resides with his family in Holmdel. A former varsity catcher, point guard and quarterback, Mr. Zaslow attended The College of William & Mary on a baseball scholarship, where he was a catcher and captain on the baseball team and where he became a District Academic All-American. When he is not in the office or court, he enjoys fishing, boating and spending time with his family.