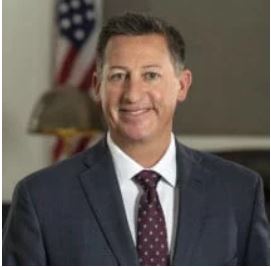 From an early age, Marc was taught the importance of helping others. That is why he loves being a trial lawyer who helps those who have suffered catastrophic injuries or lost loved ones because of the negligence of others.

After graduating from The Ohio State University College of Law in 1996, Marc initially worked for medium and large-sized firms representing insurance companies and big corporations. Through this experience, he learned how these companies evaluate and defend claims.

Once Marc gained this experience, he realized he would rather help those who were injured by negligence than protect the profit margins of insurance companies. So in 2002, Marc began representing victims of catastrophic injury and loss of life a result of medical negligence, ordinary negligence, and trucking negligence.

Marc has been married for almost 24 years and has three children. When he isn’t practicing law, he can usually be found at one of his kids’ games or on the golf course.

Marc manages Crandall and Pera’s Cincinnati and Dayton offices and represents individuals throughout Ohio and Kentucky.