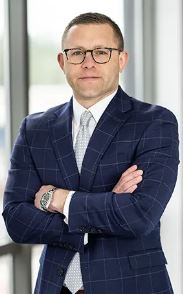 Christopher S. Norman has the unique honor of having been named a “Super Lawyers Rising Star” first for his work defending healthcare providers, and most recently for his work advocating on behalf of injured patients. Chris leverages the “inside knowledge” that he gained as a “Rising Star” medical malpractice defense attorney in his unrelenting effort to get the most for the injured patients that he now represents. Chris was also selected to serve on the Board of Governors of the Maryland Association for Justice, Maryland’s principal assembly of trial lawyers which is dedicated to improving the civil justice system through legislative advocacy and the professional development of other attorneys who represent the injured.

In addition to being named a “Super Lawyers Rising Star” on numerous occasions, Chris has also been honored with a "Superb, Top Medical Malpractice Attorney" rating by AVVO, with AVVO's "Client's Choice Award" for medical malpractice, as a "Top 40 Under 40" attorney by The National Trial Lawyers, and as a Lifetime Charter Member of Rue Ratings' Best Attorneys in America. Chris also attained Martindale-Hubbell's most coveted "AV-Preeminent" rating, which "signifies that the lawyer's peers rank him at the highest level of professional excellence for their legal knowledge, communication skills and ethical standards."

Chris is a graduate of the University of Baltimore School of Law, where he served as the Senior Staff Editor on the Intellectual Property Law Journal. Chris also served as a Clerk for the Maryland Court of Appeals’ Standing Committee on Rules of Practice and Procedure, and had his writing published in a Law journal. Chris also has a B.A. degree in Philosophy and Political Science from Salisbury University, where he was a member of the Bellevance Honors Program, was inducted into the Phi Sigma Tau and Phi Eta Sigma National Honors Societies, and served as a Legislative Aide in the Maryland House of Delegates.

Chris has an intensely competitive spirit, having competed in everything from motorcycle racing, to fishing tournaments, to wrestling, and flew solo in his first airplane before graduating high school. Needless to say, Chris is excited by challenges, and brings his competitive edge and desire to win to every case he handles.