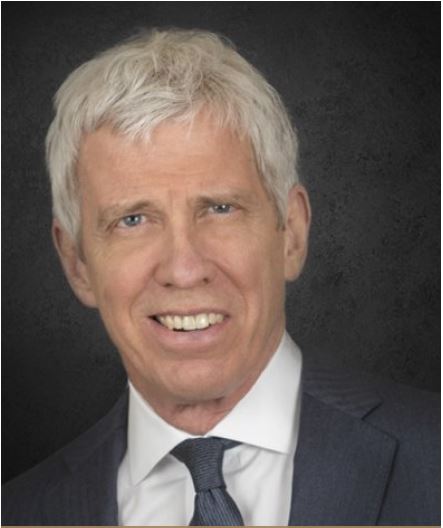 Jack graduated "with distinction" from the University of Michigan with a degree in Political Science, also garnering undergrad credits in Government from Harvard University. He earned his law degree from Northwestern where he served on the Editorial Board of the Northwestern University Law Review. While in law school Jack served an apprenticeship with Jim Dooley, the "Father of Product Liability Law."

Jack was recruited for the United States Department of Justice Honors Program becoming a Staff Attorney in the Frauds Section of the Civil Division. He fought to recover taxpayer monies pursuant to the False Claims Act from federal contractors who had defrauded our government. After serving in Washington D.C., Jack was hired by the United States Attorney in Delaware. There he prosecuted a variety of federal crimes including bank robbery, firearms violations, counterfeiting, and mail fraud, eventually becoming the Director of an FBI Strike Force prosecuting fraud in FHA/HUD programs. Following his service with the U.S. Department of Justice, Jack worked in private practice in Michigan and Colorado defending hospitals, physicians, and insurance companies. The expertise he gained representing "the other side" has proven to be a tremendous asset for his clients today.

Since 1983, Jack has worked in association with some of the best and brightest lawyers in America, most recently Geoffrey N. Fieger. Over the past fifteen-plus years, the attorneys at Beam Legal Team and attorney Geoffrey N. Fieger have won verdicts and settlements for their clients totaling more than one billion dollars. While Jack has primarily devoted himself to helping victims of obstetrical and neonatal malpractice, he has also represented plaintiffs in other high profile personal injury cases including federal civil rights cases and the Columbine High School Massacre.

On March 23, Jack assisted Geoffrey Fieger and Matthew Patterson, winning $23.5 million dollars, in a case against Presence St. Joseph Hospital on behalf of a brain damaged child. Read more on the Chicago Tribune and NBC Chicago.

When he is not lawyering, Jack spends most of his time with his best friend Renee, who also happens to be his wife of 27 years. Since "retiring" from his rec hockey playing days, his favorite hobby is writing books and screenplays. Jack's first novel Go Blue, is a homage to the Great Lakes. An action-packed love story, it ranked on bestseller lists in Colorado and Michigan, but never went national (because Oprah never called.) Jack's favorite charities include Doctors Without Borders, Special Olympics and the Alliance for the Great Lakes.

Jack and Renee know how very fortunate they are to have two healthy children.