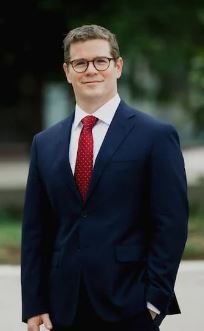 Brian is a trial lawyer born and raised in Iowa. Brian has dedicated his life to fighting for and giving voice to victims of medical malpractice, car crashes, defective products and other types of negligence or carelessness. Over the course of his career, Brian has recovered tens of millions of dollars for his clients through settlement and verdicts at trial.

After obtaining his B.A. at Colorado College, a top tier liberal arts college in Colorado Springs, Colorado, Brian returned home to Iowa to earn his law degree from the University of Iowa College of Law. He graduated with High Distinction and was honored with membership in the Order of the Coif, a designation reserved for individuals who graduate in the top ten percent of their law school class.

Brian is the proud son of a trial lawyer. Growing up, around the dinner table and in countless other moments spent with his father, he listened to his father recount the cases he was working on and the stories of the people he fought for.  At an early age, Brian learned what it means to be a trial lawyer and to devote one’s life to representing people whose lives had been torn apart by injury or death caused by negligence and carelessness of others. He was inspired by his father’s passion for justice, his perseverance in the face of challenge, and his commitment and determination to fight for his clients and to give voice to their cause no matter how big or powerful the opposition. His father was a true champion for his clients and for the cause of justice.

After law school, Brian joined his father’s law practice in Des Moines, Iowa, determined to learn the craft and art of being a trial lawyer from his hero. Brian practiced alongside his father for 6 years, until his father was unexpectedly forced to retire in 2006 after a diagnosis of Alzheimer’s Disease. Brian has carried on the fight, obtaining notable verdicts for clients, including: a $1.6 million verdict in 2007 against DHL Express, Inc. for a client who sustained a broken hip as the result of a collision caused by a negligent DHL delivery driver; a $5.5 million verdict after a 2012 medical malpractice trial representing a young girl who forever lost the normal use of her arm as a result of her mishandled birth, and; a $7 million verdict in 2016 against Farm Bureau Insurance Company for a mom and dad who lost their 19 year old son in a tragic car crash in rural Iowa. In addition to these and other trial successes, Brian has also secured hundreds of substantial settlements for clients, totaling in the tens of millions of dollars.  In 2012, Brian was recognized by the American Association for Justice with the F. Scott Baldwin Award for Most Outstanding Young Trial Lawyer.

Brian has been active in both the local and national trial lawyer associations, the Iowa Association for Justice (IAJ) and the American Association for Justice (AAJ). He is a past-president of IAJ and a member of the AAJ Board of Governors. He has also been recognized as a fellow in the Iowa Academy of Trial Lawyers. He has lectured and taught nationally on topics ranging from cutting edge legal topics to effective trial techniques.

Both inside and outside the courtroom Brian is highly regarded by colleagues, defense lawyers and judges alike for his sharp intellect, ethics, skill and passion as an advocate for his clients. He has consistently received an AV Preeminent peer rating, the highest level of professional excellence from Martindale Hubble.

Brian is the proud father of three wonderful children. He enjoys his time away from being a trial lawyer at home in Clive, Iowa, recharging and delighting in the joy they bring to his life.