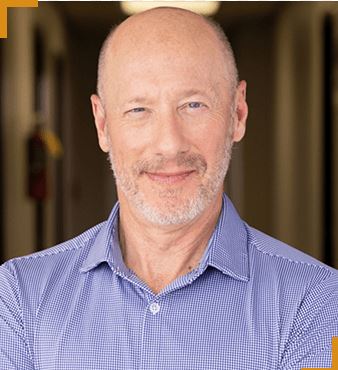 Barry D. Rooth has over three decades of experience litigating complex personal injury and medical malpractice cases in state and federal courts in Indiana and Illinois. He has also argued cases before the Indiana Court of Appeals and the 7th Circuit Court of Appeals. In his practice, Barry has fought relentlessly for the rights of the injured. He founded Theodoros & Rooth, P.C. in 1988 along with friend and law school classmate Perry Theodoros.

Medical malpractice is a strong focus of Barry’s legal practice, and he is highly experienced in handling these highly technical, complicated cases. One such case of note involved the so-called “Runaway Doctor,” Mark Weinberger, M.D. An ear, throat, and nose doctor, Weinberger practiced in Indiana until he came under scrutiny for unnecessary surgeries and other malpractice. Barry represented over 280 plaintiffs against Weinberger and obtained a global settlement from the Indiana Patient's Compensation Fund for his clients. After going into hiding for 5 years, Weinberger was brought in by federal authorities and plead guilty to 22 counts of insurance fraud.

Barry finds considerable satisfaction in representing patients who have suffered at the hands of the very professionals who were supposed to provide standard care. In calling attention to the dangers of negligence and malpractice in the medical field, Barry works to improve conditions for future patients.

Barry lives in Munster with his wife and has two daughters. He is an avid athlete and has completed several triathlons, as well as the 2009 Chicago Marathon. He has supported the Indiana Chapter of the Multiple Sclerosis Foundation and the local Hospice chapter for many years. He is also passionate about fighting cancer. He serves as a Director of Quantum Immunologic, Inc., a biotech start-up focused on the development of cancer immunotherapy. He was involved in FDA-authorized clinical studies testing the immunotherapy in patients with advanced breast cancer.

Featured at an attorney's seminar on May 9, 2014 in Indianapolis, Indiana. His presentation was entitled: Indiana Trial Lawyers Lifetime Achievement Seminar.