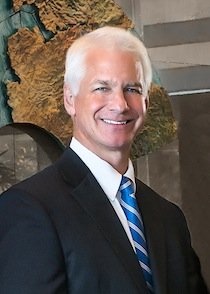 Frank Burns, Esq. is the founder of J. Franklin Burns, P.C. and a native of Gainesville, Georgia. He is a graduate of the University of the South, Sewanee, Tennessee, where he received a Bachelor of Arts degree in Political Science in 1982. He earned his J. D. at Mercer University School of Law in 1987. He began his legal career at Gorby & Reeves, an insurance defense law firm where he represented employers and insurance companies in Workers' Compensation matters across the State of Georgia.

In 2002, he opened his law practice, J. Franklin Burns, P.C., devoting his practice exclusively to the representation of injured workers and personal injury victims. His experience in representing "the other side" has proven to be invaluable with respect the representation of injured workers. He has been litigating (trying cases) for over twenty-three years. In 2003, he was appointed by the chairman of the State Board of Workers' Compensation to serve on the Advisory Council. From 2003 until 2010 he served as a member of the Rules and Mediation Committee. In 2010, Mr. Burns was appointed by the Chairman to join the Legislative Committee of the Advisory Council. The Legislative Committee represents all stakeholders in the workers' compensation system and is charged with crafting workers' compensation laws for the State of Georgia.

In 2010, Mr. Burns was nominated and selected as a member to the Southern Trial Lawyers Association.

University of the South, Sewanee, Tennessee

Georgia Trial Lawyers Association, Appointed by the Chairman of the Board to serve on the Political Action Committee, 2009