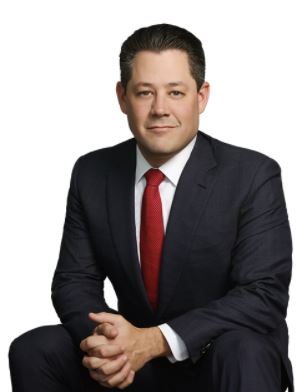 What Makes Andrew Cherkasky Uniquely Qualified To Defend You?

Andrew Cherkasky is the nation’s premier sexual assault litigation attorney, and is recognized as one of the most elite trial lawyers in America. Andrew has been recognized for his expertise by national news outlets, to include: The New York Times, The Washington Post, VICE News, Newsweek, the Associated Press, and many more. As a legal entrepreneur, he created a global law firm that began in a one room office practicing military criminal defense, and has expanded to a multi-state, multi-million-dollar, multi-discipline firm with divisions that handle criminal defense, military justice, personal injury and medical malpractice, lawsuits against the federal government, and family law. Andrew serves as the managing partner of all firm operations.

Andrew is most famous for his years of experience as a criminal defense attorney, and, prior to that, as a prosecutor, in military courtrooms. He began his career as a uniformed-officer in the United States Air Force as a JAG, serving a total of six years in prestigious positions. He then formed a private law firm to continue bringing justice to military members. From early in his career, he developed a deserved reputation for a combination of tenacious representation of his clients and unmatched expertise in the law and procedure.

Andrew has defended and prosecuted over 150 fully litigated jury trials related to sexual assault. As a defense counsel, he has an incredible rate of victory, having obtained acquittals in all but a few cases with special circumstances. One of the only convictions for sexual assault occurred years ago when he lost to his now-partner, Josh Traeger. He has at least an additional 100 fully litigated jury trials with charges other than sexual assault and thousands of additional criminal cases that were resolved without the need for a fully litigated trial. Andrew’s criminal cases have included allegations such as: capital and non-capital murder, arson, gang related violence, complex drug rings, multi-million-dollar financial crime, federal finance crime, complex fraud, and many, many more.

Unsettled to allow his firm to focus on only one area of law, Andrew created additional divisions in the firm to expand the type of representation available to clients. Andrew has filed millions of dollars in claims against the federal government and private entities seeking compensation for matters spanning from car accidents, to medical malpractice, to sexual assault related civil suits, and to federal discrimination violations. Andrew has represented hundreds of clients regarding family law matters, especially focused on those in and connected to the military.

Andrew joined the United States Air Force in 2006, commissioning as a First Lieutenant prior to completing Officer Training School and JAG training at Maxwell AFB in Alabama. Andrew was inspired to serve by his two grandfathers’ service and became dedicated after the events of 9/11. He graduated at the top of his JAG training class by winning the prestigious award for best litigator.

During the next two years Andrew served as the Chief of International Law at Aviano Air Base, Italy. In his role, Andrew was responsible for maintaining the Air Force’s relationship with the Italian government. During that time, there were multiple air disasters and deaths of American service members. Due to complicated international treaties, it took Andrew’s efforts to negotiate the return of the aircrafts and the human remains of those that died to the United States Government.

While in Italy, Andrew became the local chief litigator. In that role he was responsible for the prosecution of the most serious crimes by airman stationed on the base, which included homicide, drug rings, sexual assault, and financial crimes. Andrew was then selected to become the local Area Defense Counsel, often thought of as the equivalent of a public defender. After six-months on the job, he was recognized as the top Company Grade Officer in the worldwide Legal Operations command.

Andrew was reassigned to an Air Staff position in Washington D.C. as a senior prosecutor (STC) in 2010. There were approximately a dozen STC positions worldwide and he became one of the most junior captains to ever hold the position. He was dispatched on a moment’s notice, worldwide, to prosecute the most complex, high profile, and serious offenses in the Air Force. After demonstrating his remarkable capability, he was named the first Special Victims Unit prosecutor at the direction of the Secretary of the Air Force.

Brass in DC recognized Andrew’s abilities by naming him the #1 prosecutor, but he simultaneously grew wary of injustice by commanders, investigators, and senior JAGs. Upon his departure from the military in 2012, Andrew was quoted as saying, “The military has a unique ability to unreasonably prosecute and destroy the reputation, careers and liberties of those falsely accused of crimes. In my entire tenure in the Air Force, I didn’t witness a single policy change that increased the rights or protections to the defendant by those in power.”

Andrew is licensed to practice law in Illinois and California. He is also permitted to practice in all military courts, and most federal courts including the Supreme Court of the United States.

Graduated Chicago-Kent College of Law 2006 with top student ranking in Trial Advocacy, Evidence, and Ethics. He also contributed to the authoring of a revolutionary book titled Litigation Technology.

Graduated University of Wisconsin-Madison with a Bachelors in Arts in Political Science with additional focused studies in Communication Arts and film production in 2003.