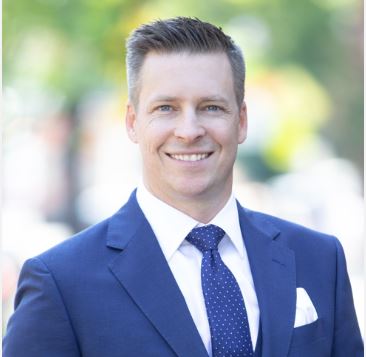 Andrew began his law career as a public servant for the citizens of Anne Arundel County when he worked as an Assistant States’ Attorney. As a prosecutor, Andrew got extensive experience trying cases before both judge and jury and convicting criminals accused of a variety of different crimes. Of all his convictions, Andrew is most proud of his prosecution of the “Jockey Murderer” – A former racehorse jockey who stalked, stabbed and killed a woman after an argument at a local bar – the jockey received a 50-year prison sentence for 1st-degree murder.

After serving the citizens of Anne Arundel County, Andrew went a private Annapolis firm where his area of practice was defending doctors and hospitals in multimillion-dollar lawsuits in Maryland, the District of Columbia and Virginia. He has tried medical malpractice cases before juries in Maryland, D.C., Virginia and Maryland Federal Court. Andrew has been recognized by Super Lawyers with the reveled distinction of ‘A Rising Star’ in Maryland—yearly since 2014.

Recognized for his success as well as his impeccable professionalism, he received a Top 40 Under 40 designation from The National Trial Lawyers in 2017, and the National Academy of Personal Injury Attorneys voted him among the Top 10 Personal Injury Attorneys Under 40 in Maryland. He has also earned many other awards and honors from his peers as well as many positive reviews from his satisfied clients.

After years of seeing the devastating consequences suffered by patients and their families because of medical malpractice and the insurance companies’ philosophy to pay as little compensation as possible, Andrew knew that he needed to fight for the victims and not the big business. Andrew is now utilizing his insider knowledge of working with big business insurance companies to the benefit of his clients who have fallen victim to nursing home abuse and medical malpractice.

When Andrew is not fighting for his clients, he enjoys tapping into his upstate New York roots by playing ice hockey in local area leagues. Although he attempts to play golf in the summer, his shot is better suited for hockey.

Annapolis Board of Appeals—Member (2017 – Present)

Philip Morris USA, Inc. v. Christensen: “A Class Action Claim Can Toll the Statute of Limitations for Individual, Unnamed Members of the Class as Long as the Defendant is Provided with Sufficient Notice.”

Mayor & City Council of Balto. v. Whalen: “Tort Claims Against a Municipality by an Individual Injured Within the Boundaries of a Public Park Are Barred by Governmental Immunity.”

Successful and Ethical Representation of Individuals with a Cognitive Disability