Medical malpractice reform may not be reducing health-care costs

Advocates for medical malpractice reform in the form of caps on money damages have long believed that these steps would control health-care costs as well as reducing the practice of defensive medicine by clinicians, but two results of two separate studies suggest otherwise.

To re-examine the impact of tort reform on defensive medicine and health-care spending, David A. Hyman, of the University of Illinois College of Law, and colleagues studied health-care spending trends in nine states — Florida, Georgia, Illinois, Mississippi, Nevada, Ohio, Oklahoma, South Carolina, and Texas — that adapted caps from 2002 to 2015. Specifically, the study looked at Medicare patients and examined whether Medicare Part B spending decreased after caps were enacted. Caps had no effect on hospital spending, but, surprisingly, caused an increase in spending on provider services. 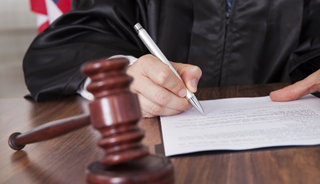 Proponents for reform also have claimed that medical tort reform will attract more doctors to the state, especially those who practice in high-risk specialties. In a second study, Hyman and colleagues looked to Texas, which had enacted tort reform in 2003 amid cries that providers were fleeing from Texas because of the liability climate.

To investigate the impact of tort reform on Texas providers, the investigators reviewed the state’s number of high-risk clinicians before and after the 2003 reform. Physician supply was not stunted prior to reform, and it did not measurably improve after reform, found the researchers.

“There is no evidence that limiting med mal lawsuits will bend the healthcare cost curve, except perhaps in the wrong direction,” explained Hyman in a press release.